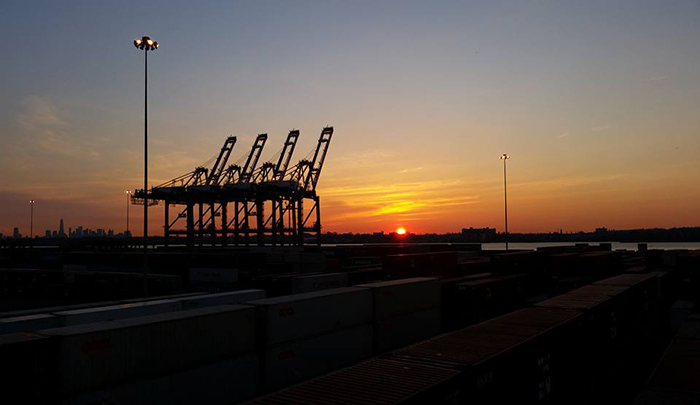 The New York Shipping Association and the International Longshoremen’s Association haven’t given up on their effort to dissolve the Waterfront Commission of New York Harbor.

The NYSA and ILA are promoting state legislation that would allow New Jersey to exit the bistate compact with New York that created the commission 63 years ago. The commission’s licensing and law enforcement duties on the New Jersey side of the harbor, where 85 percent of the port’s cargo is handled, would be transferred to the state police.

If this year’s bill is passed and signed into law, the commission’s challenge of it would go directly to the U.S. Supreme Court.

The New Jersey legislation is an indication of continuing animosity between the Waterfront Commission and the industry, which have battled over issues including commission oversight of longshore hiring.

“We’d like to be able to work with the NYSA collaboratively for the best interest of the port, but their response has been litigation or legislation to abolish the commission,” said Phoebe Sorial, the commission’s general counsel.

A federal appeals court ruling is pending on a lower court’s dismissal of an NYSA-ILA lawsuit alleging that the commission exceeded its authority with its oversight of longshore hiring in the port.

In 2007, New Jersey lawmakers voted to revoke the commission’s authority to regulate the size of the New York-New Jersey’s longshore workforce, but the New York Legislature has failed to act on a similar bill.

When that legislation stalled in New York, the ILA and NYSA decided to try a different approach with a bill to withdraw New Jersey from the Waterfront Commission and transfer its duties to the state police.

Two days after the legislation was introduced, ILA members conducted a Jan. 29 wildcat strike that closed the port for a day. Though multiple ILA sources said the strike reportedly was aimed at the Waterfront Commission, it’s unclear why the strike was called and whether it somehow was designed to draw attention to the legislation.

NYSA President John Nardi said employers “absolutely” have no objection to the commission’s anti-crime efforts but want to repeal the Waterfront Commission Act’s Section 5(p), which allows the agency to regulate the size of the port’s longshore workforce.

Section 5(p) was added in the late 1960s, when employers had agreed to a guaranteed annual income plan that paid dockworkers whose jobs were eliminated by containerization. GAI was eliminated in the 1990s, but the commission says it still needs to control the size of the workforce in order to prevent job-selling and other abuses that can result from an excess labor supply.

Nardi said that’s a red herring. He said employers have no interest in hiring more workers than necessary, because companies don’t want to pay for training and benefits for workers who have nothing to do.

“Having an oversupply of labor is the last thing we want,” Nardi said. “We’d like as an industry to be able to hire the number of people we need when we need them, as other industries do, without having to go through a third party.”

Although the commission has granted industry requests to expand the longshore workforce, Nardi said employers worry that future requests to add workers could be denied. “We’d like to eliminate that variable,” he said.

Canada Trade and Shipping Outlook
TPM22: What We Learned — Container Shipping in the Crosshairs
Managing E-Commerce From Order to Delivery and Beyond
END_OF_DOCUMENT_TOKEN_TO_BE_REPLACED