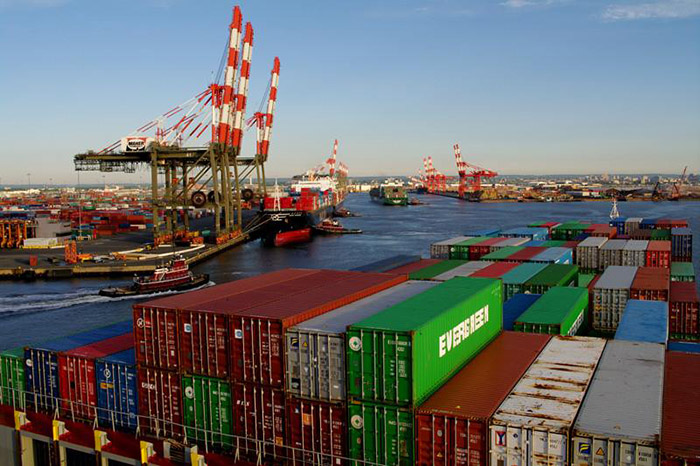 U.S. exporters moving goods out of the Port of New York and New Jersey are getting a better understanding of how terminals at the largest U.S. East Coast gateway will handle the new SOLAS rule, with one — Maher Terminals — saying it will turn away containers without verified gross mass declarations and two others saying they will accept them.

Until recently, just one of the port’s four main terminals — Port Newark Container Terminal — had announced publicly how it planned to handle containers under the International Maritime Organization’s amendment to the Safety of Life at Sea, or SOLAS, rule convention.

APM Terminals, which has a terminal in Elizabeth, N.J., said Thursday it would accept containers without VGM information, but may reject some. That followed a statement Wednesday by John Atkins, president of Global Container Terminals, which has a large terminal in Bayonne, N.J. and a smaller terminal in Staten Island, who said they will accept containers that do not have the VGM information required by the IMO, starting July 1. However, the containers can’t be loaded onto a vessel, and they face demurrage charges, the company said in a letter to customers.

The IMO’s rule, approved in 2014, is aimed at cracking down on misdeclared containers weights, which have contributed to maritime accidents. Some terminals say they will turn away containers for which the VGM is not provided, and others will allow such containers into the terminal, but will not load load onto a vessel until the information is provided.

Port Newark Container Terminal said in May that it would offer weighing services at the port, charging $69.10 to weigh a container, if it did not have the requisite VGM information. Containers without it would be put on hold, until it was provided or the weighing fee paid, and those whose owners refused to pay the fee would be turned away.

Maher Terminals said in a missive obtained by JOC.com that it doesn’t have the capability to provide weighing services, so all containers arriving for export must have the weight information. “Any containers or cargo that arrives at the gate without verified weight information will be turned away,” the terminal operator said.

Asked about the SOLAS policy a the company’s Elizabeth, N.J. terminal, APM Terminals said it will “accept containers that arrive at the terminal without the required VGM, but will not load them onto a vessel,” adding that they “may be segregated and subject to applicable charges.” However,  APMT reserves the rights to “adjust this practice, including deciding to reject non-VGM containers,” the company said.

The terminal operator said that it will not provide weighing services but is “actively working to review if a simple weighing process can be offered in the future.”

APMT in May said that it would provide container weighing services at 29 locations across its global network, although none of those were in the United States.

Maher Terminals did not respond to a request for comment.