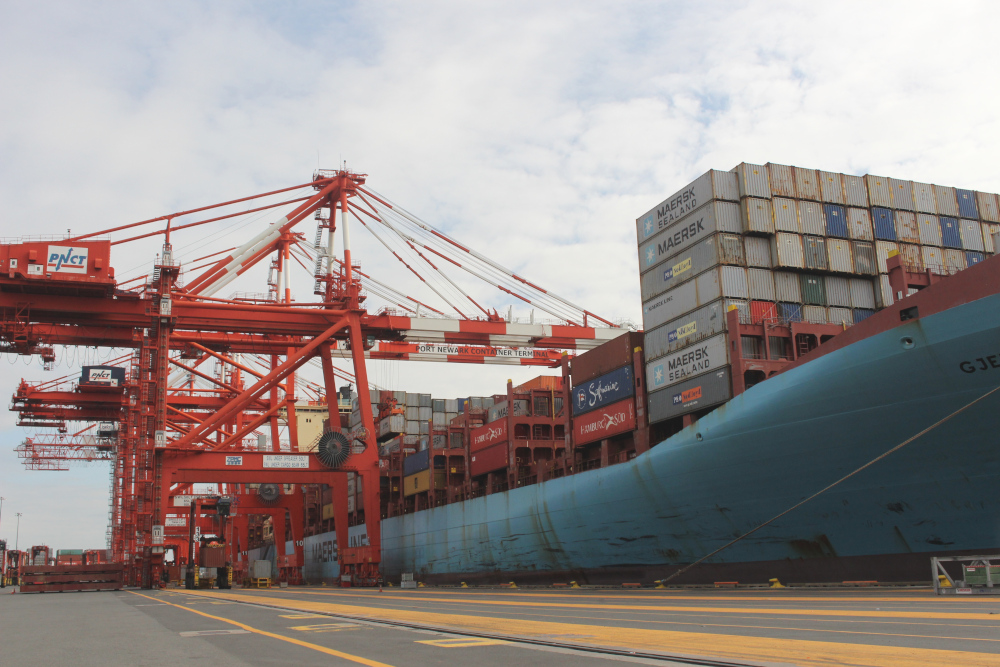 Three of the main four terminals at the Port of New York and New Jersey have extended their gate hours due to cargo piling up with holiday terminal closures. Photo: Hugh R. Morley.

Marine terminals at the Port of New York and New Jersey are extending gates to cope with a cargo logjam stemming from two three-day weeks over the holiday and elevated cargo volumes, due in part to shippers importing goods early to beat now-postponed tariff deadlines.

After all the main terminals closed on Christmas day and New Year’s day, and the day before each holiday, Port Newark Container Terminal (PNCT) is remaining open until 8 p.m. this week to help clear containers from the terminal. It will be open Saturday from 7 a.m. to 2 p.m. The terminal usually closes at 6 p.m. on weekdays and doesn’t open Saturday.

Maher Terminals, which usually closes on Saturday, was open last Saturday and will open this coming Saturday, from 8 a.m. to 4 p.m. GCT Bayonne has shifted the last time that a trucker doing a double move can enter the gates from 3:30 p.m. to 4 p.m. this week.

Truckers welcomed the gate extensions, saying they had helped the port largely avoid excessive congestion, although there were patches of delays nevertheless.

Loaded cargo through the port increased by 6.9 percent — to 4.7 million TEU — through November according to figures from the Port Authority of New York and New Jersey.

The extended gates come amid an ongoing debate among port stakeholders about whether the terminals should open for longer hours to increase cargo fluidity. At present, all of them close between 4 p.m. and 7 p.m. and normally don’t open for weekend hours. While truckers argue for longer hours, terminal operators say they are willing to do that when it is needed, and so far cargo volumes have not required it. In December, Beth Rooney, assistant director of the port authority's port division, told JOC’s Port Performance North America conference that the port doesn’t need extended gates at present but they are “inevitable” in the long term.

Chris Garbarino, PNCT’s chief operating officer, said the terminal extended its gates in part due to the loss of four gate days in two weeks and also because of “non-scheduled calls of ships with Far East Asia import volumes.” Mostly they are carrying cargo that “tried to beat the original tariff deadline of Dec. 31” he said, referring to the deadline that President Donald Trump set, after which tariffs on a range of Chinese goods would increase from 10 to 25 percent. Trump has since extended the deadline to Mar. 1.

Tom Adamski, agent for First Coast Logistics, said the port had managed to keep turn times at about the same as usual by relieving the pressure with extended gate hours.

“Everybody is a little bit busy but not to the point of absurdity,” he said.

Rob Movshin, regional manager, Northeast, at ContainerPort Group, said efficiency fluctuated, and varied from terminal to terminal, but some difficulties are to be expected with the port closed for so many days.

“Congestion is definitely affecting things,” he said, adding that — even more than usual — it is hard to predict how long a driver would take to make a pickup or dropoff, and so to plan the driver’s next move.

Still, he added, “Anything the terminals can do to assist the community is appreciated.”