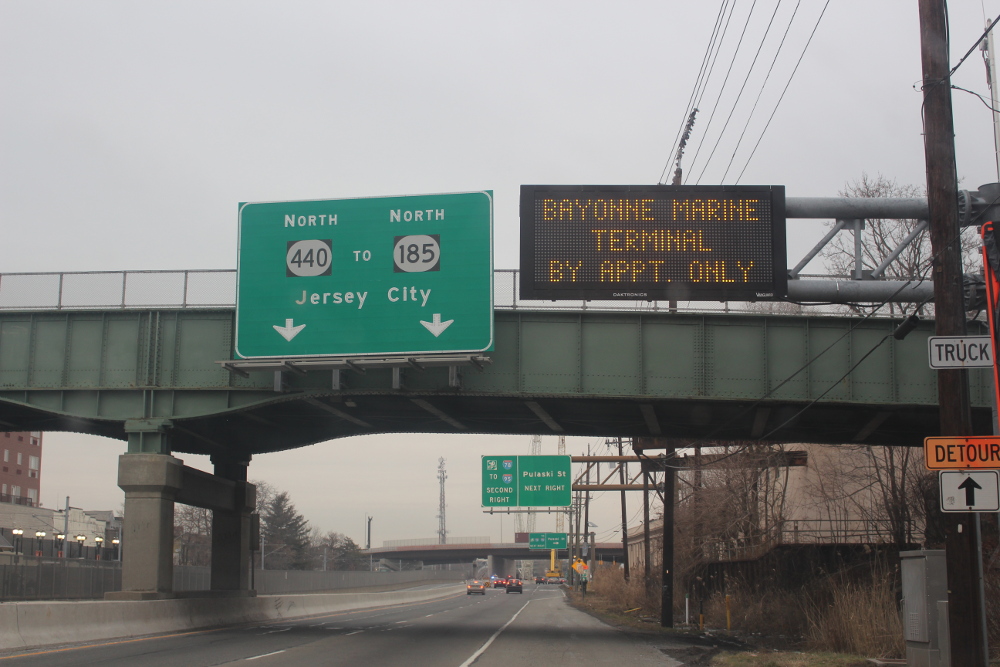 NEW YORK —The operator of the Port of New York and New Jersey’s first ever terminal gate appointment program is expanding the 4-month-old pilot initiative, saying it has cut turn times at the terminal by 45 percent amid signs of increasing acceptance by the drayage community.

The appointment system is designed to improve drayage efficiency at the nation’s third-largest port and help it meet the increased workload and additional systemic stress expected with the arrival of big ships at the port. New York-New Jersey follows other ports that have turned to appointment systems to improve container and truck flows in and out of terminals, and provide consistency in turn times.

GCT Bayonne said from April 20 it will an add an hour to the period during which all trucks must have an appointment — expanding it from 6 a.m. to 9 p.m. currently to finish at 10 a.m. — to keep up with demand for appointments from truckers.

The average turn time at the Port of New York and New Jersey during the appointment period is “well under an hour,” for a single or double turn, about 45 percent lower than during the period after 9 a.m., when trucks line up without an appointment, said John Atkins, president of Global Container Terminals USA, owner of the Bayonne, New Jersey, terminal.

The program began in December, more than two years after it was first recommended by the port’s Council on Port Performance, during which some trucking groups expressed concern that such a program would be too inflexible and disruptive for drayage drivers. Drivers feared they often wouldn’t be able to arrive at the appointment time because of factors beyond their control.

Several truckers said they believe the system is helping to get containers in and out of the terminal. Among the skeptics was the Association of Bi-State Motor Carriers, which is now guardedly supportive of how the program is functioning, and has worked with GCT Bayonne to improve the appointment system.

“The process right now has been working, and it’s has been pretty good,” said Jeffrey A. Bader, president of the Association of Bi-State Motor Carriers. “I don’t know if ‘happy’ is the right word. We are all working in the system, and we are not as unhappy with the system as was anticipated.”

Bader and other association officials, along with several truckers, met with Atkins last month. A daily “dashboard” was suggested at the meeting by the truckers and that has since been implemented. The dashboard, sent out each morning, shows available appointment times that morning that were never filled or have become free because of last-minute cancellations.

Atkins said the idea is an example of the terminal’s close collaboration with the drayage community that has led to a relatively smooth roll-out of the idea.

“We have always believed in listening to the users in this process, and it was a great idea,” he said. The terminal handles about 800 to 900 truck transactions in the three-hour appointment period and 2,000 to 2,100 in the seven hours after it, a volume of about 300 transactions an hour in both periods, he said.

“It has been more well received than we planned on,” said Atkins, adding that the terminal wouldn’t add the extra hour unless it was confident that it would fill it with appointments. The system, which was funded and developed by a conference of all of the port’s six terminals, will likely be implemented in the other terminals if it works at Global Container Terminal.

New York-New Jersey has in recent years suffered from sporadic congestion and delays, and truck turn times that frequently top two hours to get in and out of a terminal. To help prepare for the big ships, port terminal operators have spent about $2 billion on upgrades, and the Port Authority of New York and New Jersey and federal government have spent $4.7 billion on dredging, rail access and other projects, including raising the Bayonne Bridge.

The port is also changing how it handles cargo to better cope with surges caused by the larger vessels, with the appointment system one of three initiatives being rolled out or planned. The port also is close to enacting a “gray” chassis pool that would provide truckers with access to any chassis in the port’s three competing pools, and has discussed implementing extended gate hours.

The three initiatives are considered important to smoothing the flow of goods in and out of the port after the completion — expected by the end of the year — of a project to elevate the Bayonne Bridge, which will allow big ships to call at three of the port’s main terminals. Most ships over 9,500 twenty-foot-equivalent units currently are only able to get to the GCT Bayonne terminal, which can handle the largest ships able to traverse the canal — 14,000 TEUs.

The decline has come amid tough competition from other ports, changing economic patterns, and concerns about congestion, cost, and delays at the port. Officials at the Port Authority of New York and New Jersey don’t think the declines are as severe as PIERS analysis indicates. They say market share changes are part of the “ebb and flow” of business.

The problem of congestion surfaced again this week at the monthly meeting of the Association of Bi-State Motor Carriers, which represents drayage truckers. Several drivers voiced concern at the length of time waiting outside the gate to get into Port Newark Container Terminal, in Newark, New Jersey, and the impact on other parts of the port of the lengthy truck back-ups that sometimes stem from PNCT.

Drivers and authorities say the traffic outside the terminal gate has sporadically backed up extensively. And one trucker said he waited on line to get into the terminal, but before he could get into the gate, he was sent to the back of the line by police officers working to ensure that the line didn’t block the entrance to Maher Terminal, more than a mile away from PNCT.

PNCT is undergoing a major renovation that will eventually cost about $500 million and will double the size of the terminal, and recently moved its entrance gate to a temporary location while the work is underway.

“The problem that we (Port Authority Police Department) are experiencing with truck traffic right now is part of the growing pains,” said Bethann Rooney, assistant director of the port authority's port department. She added that vessel bunching and a large volume of truckers trying to enter the terminal early in the day have contributed to the problem, as has a temporary gate set up because of the terminal renovation. The problem likely will sporadically continue until the new gate is completed in about September, she said, adding that the expected uptake of the appointment system by other terminals at the port will resolve these kinds of congestion issues.

Appointment programs with a similar goal have been implemented elsewhere around the nation. Seven of the 13 container terminals in the Los Angeles-Long Beach ports have appointment systems, and at least two more are expected to come online this year. Oakland International Container Terminal, the largest terminal in Oakland, started an appointment system last year, and a voluntary truck reservation system has been in operation for several years at Virginia International Gateway.

To make an appointment at GCT Bayonne, a trucking company must register its drivers with a website run by Sustainable Terminal Services, a consortium of terminal operators, along with a radio-frequency identification tag assigned to the driver and their truck license plate. Appointments must be made on the website before 6 p.m. the day before the appointment and last an hour, although the driver can arrive half an hour before or after the designated time.

Tom Adamski, agent for First Coast Logistics, which has a Newark facility, who has been skeptical of the system, said it has proved helpful.

“It’s fine, it works,” he said. He added, however, that the test will be how it works when big ships start visiting the port, and large quantities of boxes unloaded at once put more stress on its logistical capabilities.

Jamie Fitzgerald, transportation manager at Uncommon Carrier, of Kearny, New Jersey, said the system, by improving the turn times and predictability of how long a trip will take, helps the company “get a good feel for the manpower needed the following day.”

“It also improves safety because we can’t get on (the waiting) line the night before anymore,” in order to be at the front of the line first thing the next morning,” he said. In the past, “independent contractors would park their trucks outside the terminal at night and go back at 2, 3, 4  in the morning. Now they are able to get some more sleep knowing that they have an appointment.

Still, he added, “it also costs us (in) flexibility.

“No longer can we agree to a last-minute (pickup) for the following morning because the appointments fill up so quickly,” he said. “Nor can we make a last-minute change. There are times we would instruct a driver to call us when they are next in line to get to the in-gate because we are waiting for a container that is super important to a customer.” Now, that request has to be done before the trucker makes the appointment schedule, he said.