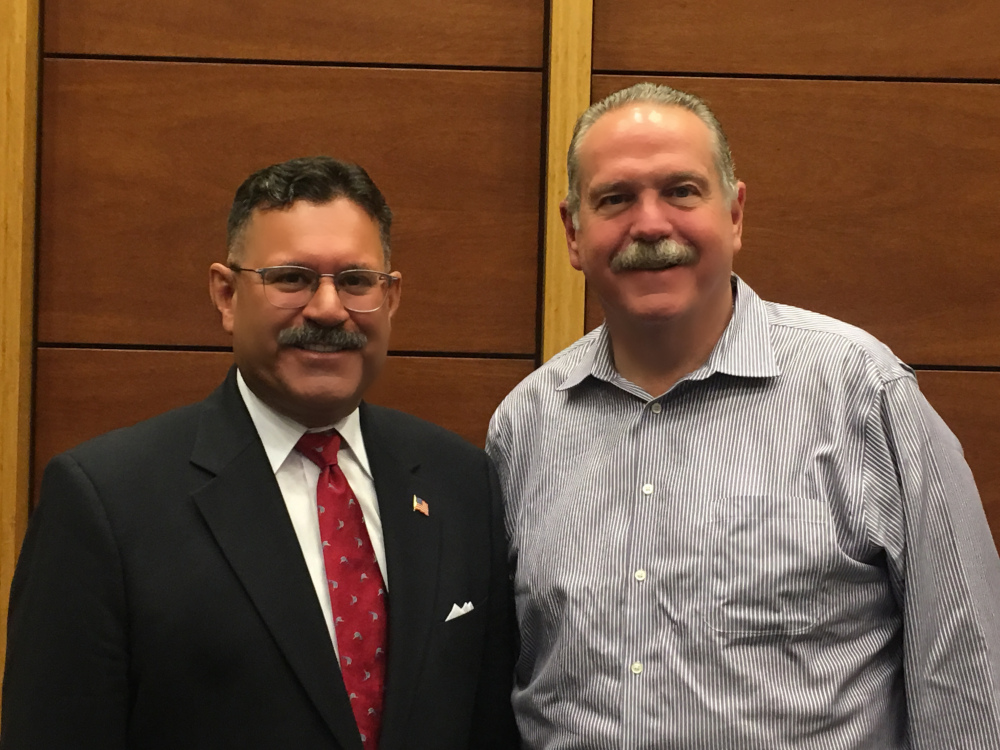 Jeffrey A. Bader, the vibrant and vocal head of the largest trucking advocacy group in the Port of New York and New Jersey, and a participant in the stakeholder committee created to improve port efficiency as cargo volumes increased, died Thursday morning at the age of 63.

Bader, who led the Association of Bi-State Motor Carriers since its foundation in 2002, died after an unexpected medical event, surrounded by his family. He was a member of the Port Performance Task Force, a stakeholder group created in 2013 to look at ways to make the port run more smoothly, as well as the Port Performance Council, which succeeded the task force in 2014, and was charged with working on efficiency issues such as access to chassis, improving truck turn times, and analyzing whether extended terminal gate hours were needed.

Bader founded Golden Carriers, Inc., a Hillside, New Jersey-based intermodal trucking, warehousing, and logistics company, in 1977 and ran it for 40 years, serving New York-New Jersey with customers throughout the US and Canada.

Port leaders said Bader’s death will leave a big hole in the port community, citing his commitment to making the port better along with his dedication to the drayage sector.

“He really was an industry icon, a consummate professional,” said Beth Rooney, assistant director of the port division of the Port Authority of New York and New Jersey, who knew Bader for more than 25 years.

“The thing with Jeff is he was extremely opinionated and extremely vocal. But that just speaks to the level of passion he had for the industry,” she said. “He was extremely passionate about protecting the interests of the trucking industry and helping the Port of New York and New Jersey thrive at the same time. These two goals were not in conflict with each other, but complementary to each other.”

She said Bader helped prod the authority in the mid-1990s into developing a single identification card accepted by all the port’s six terminals, rather than requiring truck drivers to carry six different cards.

More recently, Bader steered the association, a nonprofit organization based in Port Newark, through its creation of a GPS-based system in 2016 that measures trucker turn times in and out of port terminals. The hard data and resulting transparency into cargo fluidity gave the association a means to highlight — and seek solutions to — congestion and efficiency issues at the port.

All the while, Bader, who was re-elected eight times as the association president, communicated with federal, state, and port officials on issues that affected truckers, and presided over the association’s monthly trucker meetings that pinpointed drayage issues in the ports. Of his ability to juggle multiple projects and priorities, Bader said in 2015, “It’s who I am. I’m a problem solver. Every day, there is a new situation, a new problem that needs to be handled, and I thrive on that.”

The association released a statement recalling his “integrity, compassion, kindness, and diplomacy.”

“We mourn Jeff's untimely passing, not only for the void that he leaves behind in our organization and our industry, but more importantly, for his friendship, his loyalty, and his selfless service to others,” the group said.

John Nardi, president of the New York Shipping Association and co-chair of the Port Performance Council, called Bader a “tremendous leader and advocate, not only for his association but for the Port of New York and New Jersey as a whole.” Port leaders credit the council with addressing some of the key problems faced by the port, as well as preparing it for the arrival of bigger ships and larger cargo volumes with the elevation of the Bayonne Bridge in June 2017, and Nardi said Bader’s contributions to both the council and the task force that preceded it “cannot be overstated.”

Among the recommendations made by the council was longer gate hours at port terminals, an idea that Bader vigorously supported, saying it was essential if the port was to reduce port congestion as cargo volumes increase.

Bader initially opposed a council recommendation to create a trucker appointment system in the port, saying that traffic and other factors beyond truckers’ control would prevent them from arriving on time for appointments. After the introduction of an appointment system at GCT Bayonne in December 2016, however, he recognized the benefits in improving terminal fluidity and cutting turn times and became a supporter, Rooney said.

“To his credit, he was able to sit down and see the value of doing it a different way,” she said.

A friend and business

Permalink Submitted by marc@shipameric... on Apr 8, 2019 10:02AM EDT
A friend and business associate for most all of my career. He will be sadly missed.
Port News›US Ports›Port of New York and New Jersey
Trucking Logistics›Drayage
North America›United States