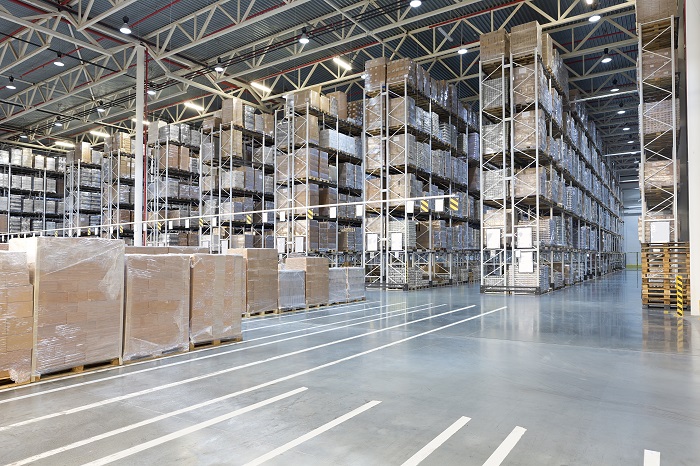 Shippers that use the Port of New York and New Jersey may find that Syracuse offers an attractive option once a rail-linked inland port is built. But will its lower rent offset logistics costs? Photo credit: Shutterstock.com.

An inland port serving the Port of New York and New Jersey is moving forward, providing shippers an option to find cheaper warehousing prices than rocketing rates near the port and giving them the option of intermodal rail, amid tightening truck capacity.

The New York State Comptroller on Friday awarded a grant of up to $21 million to CSX Transportation, completing the last funding step needed to create a facility at CSX’s DeWitt Yard near Syracuse, about 250 miles — or a four-hour drive — from the port. The agreement awards CSX $19 million for the project, with the possibility of expanding the grant to $21 million if needed.

Real estate vacancy rates around New York-New Jersey, the East Coast’s largest port, have dropped, and rental rates have risen, in recent years as demand by shippers and logistics providers has surged with cargo volume through the port. That has in turn prompted shippers and logistics providers to look in secondary markets, creating demand in the nearby areas of Central New Jersey, the Meadowlands, and Lehigh Valley in Pennsylvania.

For shippers and logistics providers, the question is whether the cost savings of moving away from the immediate port area override the logistical difficulties and additional travel time of locating away from the port. Some are prepared to accept the added expense of taking space close to the port for the sake of efficiency.

The inland port could also potentially help shippers secure surface transport capacity tying the port to the central and northern parts of New York state, and at lower rates than trucking, as the industry faces a tightening of truck capacity due to rising demand, a shortage of drivers, and the electronic logging device mandate.

A report on the planned inland port released in December concluded that if service were often and regular enough, the direct train link from the Port of New York and New Jersey could shave $500 off the cost of $1,000 and $1,300 to move a container to or from the port by truck. The cost of sending a container by rail would be about $700, plus $100 to dray the container to or from the shipper’s location, the report said.

Sam Ruda, assistant port director at the Port Authority of New York and New Jersey, said he expects the proposed inland port, once up and running, to attract importers and exporters to Syracuse, due to the regular rail service to the port. The area could become a significant source of rail business for the port in the way that the Ohio Valley and Chicago and the Midwest are, and also take trucks off the road, he said.

The port, which is expecting to see an increasing number of mega-ships in the wake of the opening of a $1.6 billion project to elevate the Bayonne Bridge, is looking to boost the share of the cargo handled by rail from about 16 to 17 percent to 20 percent in the coming years, in part to reduce road traffic and cut pollution. The bridge elevation enabled ships of larger than 9,500 TEU to reach three of the port’s four main terminals for the first time.

“There is a market, there is both [an] inbound market, and there is also [an] export market,” Ruda said of the Syracuse inland port, adding that the region has a strong agricultural sector. “A lot of soybeans are coming out of there. A lot of soybeans are moving through the port today. So there is interest in having an intermodal container link up there.”

Soybean exporters have in recent years capitalized on plentiful vessel capacity and plunging freight rates on all-water services to Asia to route exports shipments of soybeans through East Coast ports, leaving behind routes through West Coast ports. The Port of New York and New Jersey’s soybean exports through April, the most recent data available, fell 30 percent year over year to 3,979 TEU, according to data from PIERS, a sister product of JOC.com. Still, New York-New Jersey was the No. 2 port for soybean exports over the period on the US East Coast, with a share of 16.3 percent.

The rail link also could draw shippers that might otherwise have sought space near the port, or in Central New Jersey and Lehigh Valley, attracted by the lower costs, real estate, and ease of access to the port, in the way that inland ports do elsewhere in the nation, he said.

"Given the geography, given the costs, it offers efficiency and another viable mode to access the port for exports, but also to get cargo up there by rail,” he said.

Enzo Dinten, president of R.E.D. Trucking, a Newark-based Cowan Systems LLC Agent, said he would expect a rail terminal in Syracuse to attract a lot of business, and a lot of drayage truckers, who would service the terminal in the way that rail terminals in Chicago, Detroit, and Ohio are served. He said he would consider opening a branch there himself.
“Buffalo is a huge lane,” he said, adding that it’s too far for a driver to go there and back in a day, and then drop the empty container in the Port of New York and New Jersey. The Syracuse terminal, however, would enable the trucker to pick up cargo from the rail to Buffalo, and then leave the empty at the rail terminal, said Dinten. The current port rate for a round trip to Buffalo area is about $1,600.00 to $1,950.00, including fuel depending on the certain truckers expenses. The rate to Syracuse is $900 and $1,200.

“It’s going to open up a lot of business up there,” Dinten said.

The vacancy rates for warehouse and distribution space in the three New Jersey counties that host the largest four terminals in the port — Essex, Hudson, and Union — were 2.7 percent, 4.2 percent, and 3.6 percent in the second quarter of 2018, according to Cushman & Wakefield.

The availability rate in the ports and markets around it — which includes vacant space and occupied space that is being marketed for use by new tenants — fell from 5.3 percent in 2014 to 2.9 percent in 2017, ticking up slightly to 3.7 percent this year, according to figures from CBRE. Lease rates in the port and markets around rose to $6.96 this year, up from $6.48 in 2017 and $63.7 the year before, the figures show. The market tightened even as 1.64 million square feet of new construction was completed in 2017 and another 1 million square feet has been completed this year, the figures show.

Stan Danzig, vice chairman at Cushman & Wakefield, who specializes in the New Jersey industrial real estate market, said that although moving imported goods to Syracuse by train may be cheaper than getting them by truck to Central New Jersey and Lehigh Valley, the market may be limited. It may be viable for raw materials used for manufacturing in the Syracuse area, but it likely wouldn’t work for consumer goods, he said.

“Once the goods are there, they are going to have significant costs to get them back to any major population centers,” he said.

The proposed Syracuse facility is designed to allow business in the area “to connect seamlessly and efficiently with points spanning the globe,” the grant agreement says.

The New York Department of Transportation, in a feasibility report released in December, picked the CSX DeWitt Yard from three contenders. The other two were a former Honeywell industrial site in Camillus and an abandoned quarry in Jamesville, both near Syracuse. The DeWitt site was the only one of the three to have a reliable five-day-per-week rail service.

CSX officials already run an intermodal container transfer facility on the site, but that at present serves mainly domestic customers, Ruda said. The agreement says the completed facility would have a capacity of handling a minimum of 30,000 import/export container movements between Syracuse and the port.

Real estate analysts say the area around exit 8a of the New Jersey Turnpike is close to saturation, and that has helped fuel the logistics boom in Lehigh Valley. However, both Central New Jersey, at 35 miles from the port, and Lehigh Valley, about 60 to 70 miles from it, are much closer than Syracuse. Access to the New Jersey and Pennsylvania locations, however, relies on road, rather than rail.

The state's report from last year said the DeWitt site would focus more on shippers in the region, serving those within a radius of 75 to 100 miles of the inland port. In 2012, the latest year for which statistics are available, 23,300 import TEU destined for the central New York region came through the Port of New York and New Jersey, the report said.

US warehouse and distribution rents rise