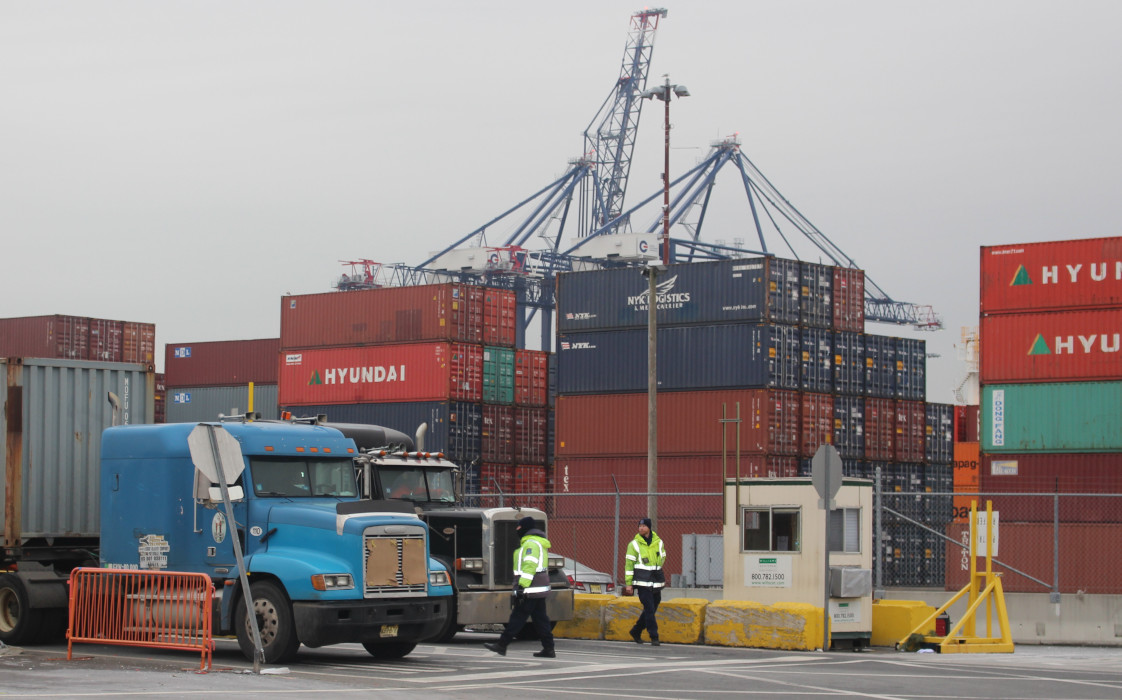 Trucks arriving at the gates of GCT Bayonne in the Port of New York and New Jersey won't get in unless they have an appointment soon when the terminal moves from requiring appointments from 6 a.m. to 1 p.m. to 6 a.m. to 4 p.m. Photo credit: Hugh R. Morley.

GCT Bayonne is preparing to extend its appointment system by three hours to the entire workday in a bid to further enhance cargo flow in and out of the terminal in the Port of New York and New Jersey.

The terminal still needs to resolve some “internal programming process” issues, but the transition from requiring appointments between 6 a.m. and 1 p.m. to 6 a.m. and 4 p.m. is “in our short-term horizon,” said John Atkins, president of GCT USA, the New Jersey terminal’s parent company.

The latest expansion of the program two-and-a-half years after its inception, when appointments were required for just two hours of the operating day, reflects its embrace by truckers, and its ability to provide a relatively predictable and uncongested passage through the terminal even as its resources are tested by increasingly larger vessels and discharge volumes. GCT — the only terminal in the port to require appointments — said the system has reduced turn times 45 percent on average to less than one hour currently.

GCT’s move to expand the appointment window comes as APM Terminals, which has struggled with heavy truck congestion at times this year, prepares to launch its own appointment system later this summer. Port Newark Container Terminal also is considering launching an appointment system but has not set a launch date.

The program has helped maintain fluidity at GCT as cargo volumes portwide rose 6.5 percent year over year to 5.1 million loaded TEU in 2018, according to PIERS, a sister company of JOC.com within IHS Markit. Container volume through the port grew another 4.8 percent in the first four months of 2019, to 1.68 million loaded TEU, the figures show.

While truckers working GCT initially opposed the requirement they make appointments, fearing they would miss their call time due to road congestion or other factors beyond their control, the trucking community had generally accepted it six months after the system’s launch. Support for the program is strong, Atkins said.

“We've had more people calling us, telling us, ‘Go all day,’ than we have had calling us saying, ‘Don't go all day,’” he said.

In the past, the Association of Bi-State Motor Carriers, which represents drayage truckers in the Port of New York and New Jersey, has raised concerns over having two appointment systems within the same port. How would truckers fare, for example, if they have an appointment at each terminal in the same day and congestion at the first terminal causes them to miss their appointment at the second?

Atkins said GCT’s system won’t be directly linked to APM’s, which could potentially allow the systems to automatically adjust times if a trucker has a delay at one terminal that might prevent them from reaching the other on time. But the terminals will work together to make their systems function effectively through Sustainable Terminal Services, Inc., a nonprofit corporation created by five of the port’s six marine terminals to work on port issues. Atkins said the GCT system is “incredibly forgiving,” in that truckers effectively have a two-hour window in which to arrive for the appointment.

One secret of the GCT system’s success has been the terminal’s use of a carrot-and-stick approach to encourage the use of appointments, Atkins said. Each week, the terminal determined the five truckers who had the highest and lowest percentage of missed appointments. Those in the bottom five were barred from making appointments during the coveted time slots between 6 a.m. and 8 a.m., while those in the top five were given extra appointment slots.

“We said [to truckers that consistently missed appointments], ‘Okay. We're not hitting you with a fine, we're not bouncing you from the system,’” he said. Then, “we went to the best five performers and said, ‘We're giving you an extra seven appointment slots between 6 and 8 in the morning,” he said. “We have seen weeks — it's amazing — where there have been a couple of trucking companies that were on the ‘naughty’ list one week and the very next week, they were on the ‘good boy’ list. They flipped that much.”