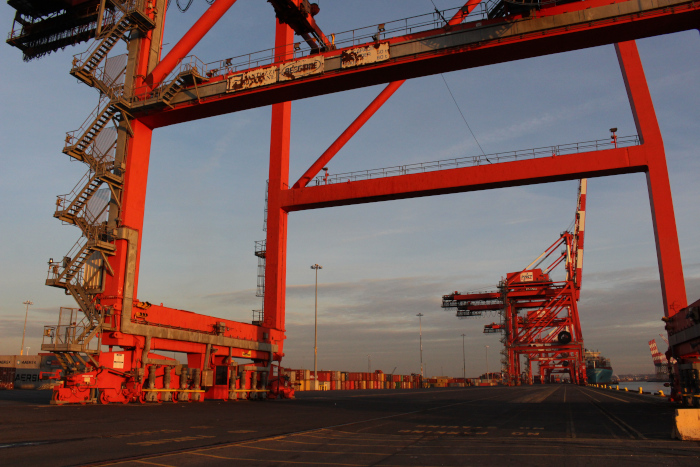 Port Newark Container Terminal is one of five terminals in the Port of New York and New Jersey that have raised demurrage fees as part of the annual fee revision. Photo credit: Hugh R. Morley.

After the free time expires, terminals will charge a daily fee for demurrage, essentially a fee for storing the container in the terminal.

The terminals, under the collective title of the New York Terminal Conference, published the annual fee structure on Aug. 15, in line with its annual revision of fees. The port’s sixth terminal, Maher Terminals, is not part of the conference and published its own fees in February.

Under the new conference fee structure, export cargo that sits in the terminal longer than the free time allowed will be charged $170 a day for the first four days, $220 a day for days five to nine, and $380 a day for 10 days or more.

Refrigerated cargo will be charged $400 a day for the first three days after free time expires, and $561 a day if it is in the terminal four or more days.

The fee structure is the same for imports, except the fees kick in after four days of free time.

Maher Terminals provides the same five days of free time for exports but offers five days for imports as well. Both imports and exports are charged $172 a day for the first four days after free time expires, $225 for days five to nine, and $393 per day for containers left there 10 days or more beyond free time.

Refrigerated import and export containers at Maher are charged $420 per day for the first three days after free time expires and $603 a day for four days or more.

Who does the billing and who