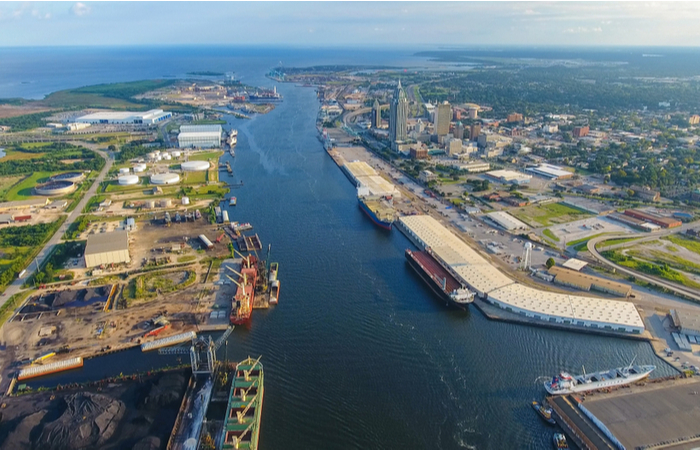 The Army Corp of Engineers

On the heels of 25 percent growth this year, the Port of Mobile wants to accelerate the timeline for dredging the port channel to 50 feet and secure about $250 million in federal funds after the US Army Corps of Engineers approved the project this week.

The port expects to sign an agreement with the Corps this week for preliminary design work, and for the work itself to begin within a month, said Jimmy Lyons, director and CEO of the Alabama State Port Authority. If work begins by 2020, as planned, the project could be completed in three or four years, adding five feet to the port’s depth and removing the existing restriction on vessels greater than 9,000 TEU from entering the port, he said.

Officials hope the port’s ability to handle vessels of 13,000 to 14,000 TEU or more once the dredging is completed will enhance its status as a deep-water gateway to the US South and Southeast for Asian imports.

The port’s ability to keep its hoped-for project schedule may depend on its ability to find all of the estimated $400 million needed to complete the work. The Alabama state legislature this spring approved $150 million for the project, and the port and area legislators are lobbying the federal government for the $250 million balance, Lyons said. The Army Corps signed off on the project Sept. 9 after completing a five-year environmental study of the impact of the dredging.

The port’s capability to handle larger vessels should not only prompt existing services to add larger ships, but also attract new services, Lyons said. So should the capacity to handle two vessels in the channel at once, which at present is not possible with ships wider than 140 feet, he said.

Five container services call the APM terminal at Mobile, four to Asia, and one to Europe.

“We certainly would like to see an East Coast to South America [route],” Lyons said. “We would also like to see services from Southeast Asia and the Indian subcontinent through the Suez Canal.”

“We see a lot of growth in that area, and we're seeing increasing demand from our shippers for service in that lane,” he said. “You're seeing a lot of shift in the manufacturing in Asia moving to Southeast Asia and to India, Pakistan ... I think it's a natural evolution ... as we evolve as a recognized gateway into the Southeast United States.”

Laden container volume through Mobile rose 25 percent in the first half of 2019, according PIERS, a sister product of JOC.com within IHS Markit.

The port’s volume increased 24.7 percent to 182,453 loaded TEU from January through July compared with the same period in 2018, while the volume through all Gulf ports increased 13 percent to 1.58 million loaded TEU, the PIERS figures show. Loaded TEU imports through Mobile leaped 62 percent to 111,686 loaded TEU.

To enable the port to handle larger vessels, the port’s sole container terminal, APM Terminals - Mobile, is extending its berth so it can handle two post-Panamax vessels at once, Lyons said. That project is expected to be completed in February. Also, the port added 20 acres to its container storage space over the summer, increasing the capacity from 500,000 TEU to 650,000 TEU, Lyons said.