US retailers see 'good year' for container imports in 2018

US retailers see 'good year' for container imports in 2018 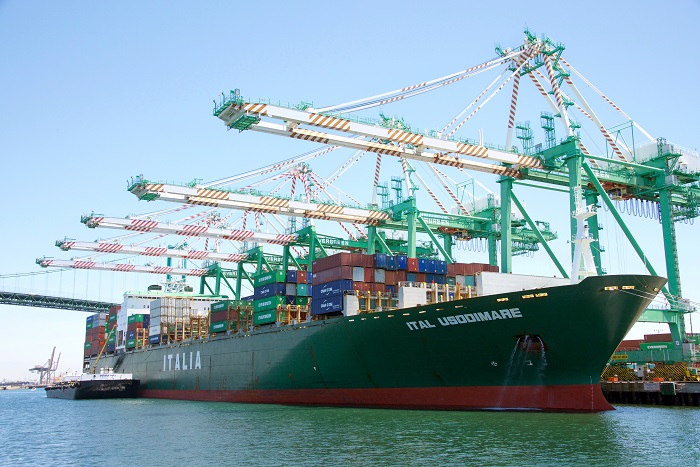 After a substantial gain in 2017, retailers are forecasting another increase in US import volume in 2018, as container lines and beneficial cargo owners prepare for annual trans-Pacific rate and service contract negotiations. Photo credit: Shutterstock.

Imports through major US container ports are expected to post year-over-year gains of 4.9 percent during the first half of 2018, according to the monthly Global Port Tracker report by the National Retail Federation (NRF) and Hackett Associates.

The report comes as major container lines and beneficial cargo owners are preparing for annual negotiations on rate and service contracts covering the eastbound trans-Pacific trade, which dominates US retail imports.

“We’re forecasting significant sales growth this year and that means retailers will have to import more merchandise to meet consumer demand,” said Jonathan Gold, NRF vice president for supply chain and customs policy. “With the benefits of pro-growth tax reform coming on top of solid fundamentals like higher employment and improved confidence, we expect a good year ahead.”

Sales volume does not correlate directly with containerized cargo volume but is considered a barometer of retailers’ expectations. The NRF’s import projection came a day after the federation forecast that US retail sales this year will rise by 3.8 percent to 4.4 percent, including an increase of 10 percent to 12 percent in online sales. Total retail sales including automobiles, gasoline, and restaurants, grew 3.9 percent in 2017 to $3.53 trillion, according to the US Census Bureau’s preliminary estimate.

Total laden US containerized imports last year rose 6 percent, to a record 22.9 million TEU, according to PIERS, a sister product of JOC.com.

The report covers the ports of Los Angeles-Long Beach, Oakland, Seattle and Tacoma on the West Coast; New York-New Jersey, Virginia, Charleston, Savannah, Port Everglades, Miami, and Jacksonville on the East Coast, and Houston on the Gulf.

The February and March forecasts are skewed by differences in dates for the annual shutdown of Asian factories for the Lunar New Year. This year’s numbers also reflect the addition of Jacksonville to the report this month to reflect the Florida port’s increased use by retailers.

Ports covered by Global Port Tracker handled 1.72 million TEU in December, the latest month for which actual numbers are available. December volume was up 8.2 percent from the comparable month in 2016, closing out a strong year for imports but setting a high bar for future percentage increases.

“It’s clear that 2017 turned out to be a remarkable year in terms of import container volume,” said Ben Hackett, founder of Hackett Associates. “That level of growth is difficult to sustain, however, and our models suggest that 2018 will continue to expand but only at about half that pace despite strong fundamentals that indicate a healthy economy and continued growth in consumer spending.”