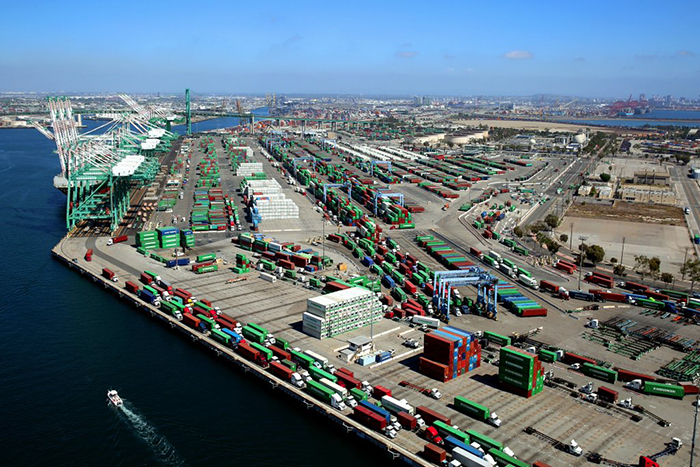 The Los Angeles Board of Harbor Commissioners approved a $1.17 billion fiscal year 2016 and 2017 budget that projects a 5.7 percent increase in operating receipts. The budget will support the on-going infrastructure development program at the largest U.S. port.

“The budget allocations approved today allow us to stay the course and continue building a healthy, strong and vibrant port that is ready to compete globally in the years ahead,” said Vilma Martinez, harbor commission president.

Increased operating revenues will be due largely to anticipated growth in cargo volumes and related shipping service revenues, the port said. Container volumes in the coming fiscal year are projected to increase 1.9 percent to 8.5 million twenty-foot-equivalent units. Container volume in the first four months of 2016 is actually growing much faster than that at 8.05 percent, according to the port’s website.

The port’s capital improvement program, with expenditures of $146.1 million, will decrease 24 percent from the previous year because some large projects were completed this past year. Those projects include much of the first phase of the TraPac container terminal automation program and several roadway enhancements in the harbor area. Further capital improvements are scheduled in the coming year at TraPac and at the Yusen container terminal.

Operating expenses are projected to increase 3.6 percent to $249 million, driven primarily by increases in salaries and benefits.

Overall, the budget will enable the port to meet the financial requirements needed to maintain its AA debt rating and surpass the 2.0-times-debt service coverage goal. Los Angeles anticipates generating at least a 45 percent operating margin, and preserving a prudent level of cash reserves that is consistent with a port with a AA rating.

The port is also implementing operational improvements to better handle the large vessels calling in Southern California. The neutral chassis pool, a peel-off program to quickly move containers from the docks and other operational enhancements are designed to increase cargo velocity and reduce congestion. “We’ve worked extremely hard to optimize the supply chain at both the national and international levels,” said Gene Seroka, executive director of the Port of Los Angeles. “While this work needs to continue, our supply chain initiatives have started to show early results,” he said.

How to Improve OTIF: 15 Tips for On Time and In Full Delivery
END_OF_DOCUMENT_TOKEN_TO_BE_REPLACED