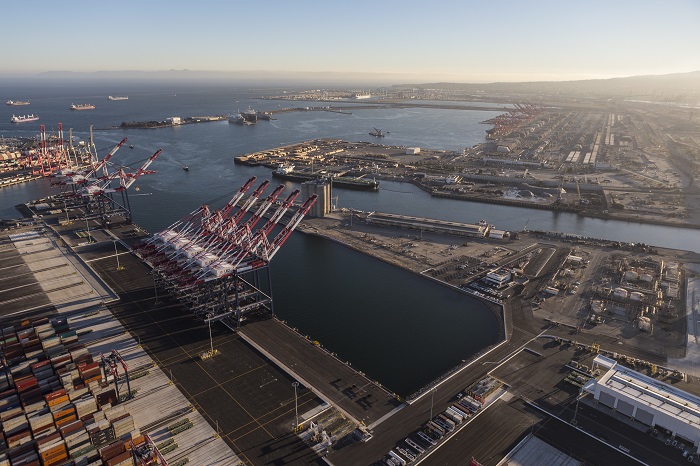 The Southern California transportation community may be on the verge of changing the funding mechanism of the nation’s oldest extended-gates program from a daytime fee designed to push more truck traffic to nights and weekends, to a flat, but lower fee, assessed on container moves regardless of time of day.

A Tioga/WCL analysis resulting from a survey of Los Angeles-Long Beach truckers, beneficial cargo owners (BCOs), freight intermediaries, ports and terminal operators has been delivered to the West Coast Marine Terminal Operators Agreement, which will decide in the next several weeks if the PierPass program is going to be modified.A PierPass release Monday hinted at the direction the 12 terminal operators that comprise WCMTOA could take.

“The current incentive fee on peak [daytime] container moves could be replaced with a flat fee on both days and nights to function better, with appointment systems,” the release stated.

Many US ports are facing the challenge of handling container surges from today’s mega-ships with an operating schedule designed in the 1970s. Terminal operators realize they can no longer handle thousands of truck moves by remaining open only from 8 a.m. to 5 p.m., Monday through Friday. However, any talk of a fee-based program to fund night and weekend gates is often met with pushback from BCOs, who do not want to assume the burden of compensating  terminal operators for the labor and equipment costs involved in running extended gates. BCOs at other ports also say they do not want to incur the additional costs of running second shifts at their warehouses.

Los Angeles-Long Beach, the largest US port complex, has handled vessels of greater than 8,000-TEU capacity for the past decade. The 12 terminal operators in WCMTOA in 2005 established PierPass to manage a program of four weeknight gates (6 p.m. to 3 a.m.) and one weekend gate. In order to incentivize BCOs to send their truckers to the harbor at night, thereby relieving congestion at the ports and on the freeways, a traffic mitigation is charged on peak daytime truck visits. In 2017, 42 percent of the ports’ loaded container volume incurred the fee by moving during the day shift and 58 percent avoided the fee by moving in the off-peak hours.

Some BCOs say current fee is too high

The current traffic mitigation fee assessed to BCOs is $144.14 per 40-foot container. Some BCOs complain that is too high. They point to Oakland International Container Terminal, which initiated a flat fee of $30 per container on all container moves, regardless of the time of day, in 2016. If PierPass moves to that model, it must be decided what level of fee will be assessed to cover the terminal operators’ additional labor and equipment costs for night and weekend gates.

It appears from the Tioga/WCL analysis that if PierPass moves to a flat-fee system, it will be accompanied by trucker appointments. “Appointment systems are a more effective way to manage truck flow and terminal workload,” the PierPass release stated.

The survey also queried stakeholders on the option of establishing a portwide container peel-off system as a way to increase cargo velocity. Individual terminals in recent years have initiated peel-off programs in which containers consigned to large BCOs are stacked in a separate pile. Much like taxis lined up at an airport, the BCO’s truckers progress directly to the pile and each driver takes delivery of the next available container. This eliminates the timely process of truckers driving deeply into the terminal to take retrieve specific containers.

Survey respondents do not favor a portwide peel-off program. However, “integrating a conventional peel-off option along with an appointment system would give terminals an additional tool to reduce turn times and accelerate the velocity of freight,” the PierPass release stated.