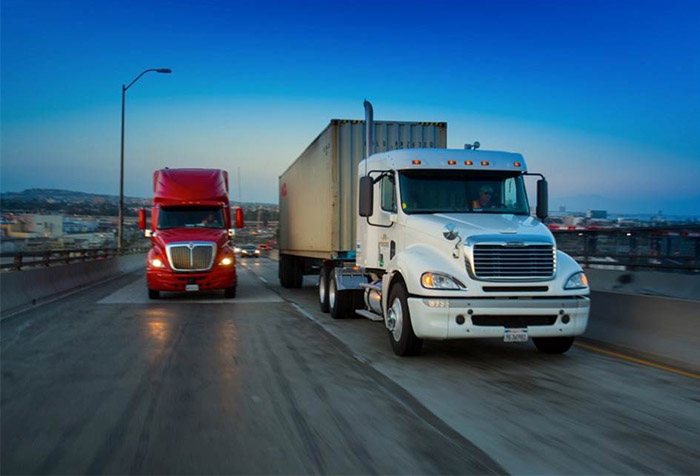 Decisions regarding the future of PierPass at the Los Angeles-Long Beach port complex will have long-term consequences that may be difficult to reverse.

The PierPass extended gates program at the Los Angeles-Long Beach port complex, which has moved vast quantities of cargo from daytime to nights and weekends, has come under no shortage of criticism in recent months, prompting consideration of significant change. However, it’s important for the future of the largest North American port complex and the shippers that depend on it that the accomplishments of the program aren’t undermined by hasty or ill-considered alterations.

It’s no understatement to say that PierPass has allowed LA-Long Beach to continue to grow. Had roughly half of containers moving in and out of the complex’s 13 terminals not shifted to nights and weekends, the terminals would have struggled to cope with growth, and, more importantly, public opposition to further port growth would have become overwhelming.

Loaded containers through the complex have grown from 9.3 million 20-foot-equivalent units in 2005, the year PierPass launched, to 10.3 million TEUs in 2015, according to PIERS, a sister product of JOC.com within IHS Markit. PierPass was a key element in achieving that growth.

A similar but related scenario was the ports’ Clean Air Action Plan to reduce truck emissions in the harbor. Had that program, launched in 2006, not occurred, community opposition to growing air pollution around the ports would have halted further expansion. That it has reduced diesel particulate matter by 85 percent has allowed environmental impact statements and important new projects such as the OOCL-owned Long Beach Container Terminal to proceed and has laid the groundwork for an envisioned zero-emissions future.

Without PierPass, “most of these trips would shift back into peak daytime traffic, causing heavy congestion on highways approaching the Los Angeles and Long Beach ports and increasing local air pollution,” according to the Pacific Merchant Shipping Association.

However, the program’s achievement has been overshadowed this year by criticism from beneficial cargo owners who say the fee structure — under which shippers are charged to move containers during daytime hours but not during nights and weekends — lacks transparency. The fees on daytime moves are meant to fund the cost of the night and weekend gate shifts, but according to terminals, it hasn’t worked out that way.

Terminal operators say the roughly $141 per container fee paid for daytime container movements has never fully covered the costs of operating night and weekend gates. According to the PierPass website, terminals in total collected $168.9 million from the traffic mitigation fee in 2015. Expenses totaled $236.2 million and the terminals absorbed the difference of $67.3 million, but the complaints have persisted nevertheless.

“These are the BCOs, exporters, importers, and truck drivers who use the Southern California port complex and have legitimate questions about PierPass. In recent years, the calls to reform PierPass’s operations we have heard from those parties have grown steadily in number, and louder in tone,” Mario Cordero, chairman of the US Federal Maritime Commission, told JOC.com in November.

BCOs say it’s not clear from the information disclosed which terminals, if any, are making money off the program and which are losing, data that would reveal the most and least efficient terminals in the harbor. BCOs suspect profits are being pocketed. They complain that despite being assured of consistent off-peak gate hours, actual shifts are implemented inconsistently, and that the fees have yielded no improvements in technology.

The criticism has had impact, in part because BCOs are a newly empowered voice in international transportation debates. The 2014-15 West Coast longshore labor disruption and its severe impact on US exports awakened farm-state members of Congress to port issues, and the FMC has moved to address more shipper concerns. The 2015 FAST Act, under which Congress requires an annual assessment of US productivity, is a reflection of this, having been signed over the objection of terminals and dockworkers; a clear victory for shippers even if transportation interests continue to thwart the intent of Congress.

In response to the criticism, PierPass is assessing possible changes to its rate structure with its findings due next year. Among the proposed changes is a flat fee structure — such as what’s being implemented at Oakland — that would assess a much lower fee on all containers, not just the ones that move during daytime hours. That would help small to midsize shippers who tend to be less able to open distribution centers during off-peak hours and end up paying the daytime fee, while disadvantaging larger shippers that are able to move the majority of containers during off-peak hours where they pay no fee.

However, a flat fee doesn’t accomplish what the current structure did so effectively: incentivize goods to move during off-peak hours. Experts say a flat fee can’t be implemented without a corresponding complex-wide trucker appointment system. Progress there is being made — 10 of 13 terminals will have a system in place by next year — but a transition could be rocky. “Appointment systems are a challenge,” said Weston LaBar, executive director of the Harbor Trucking Association.