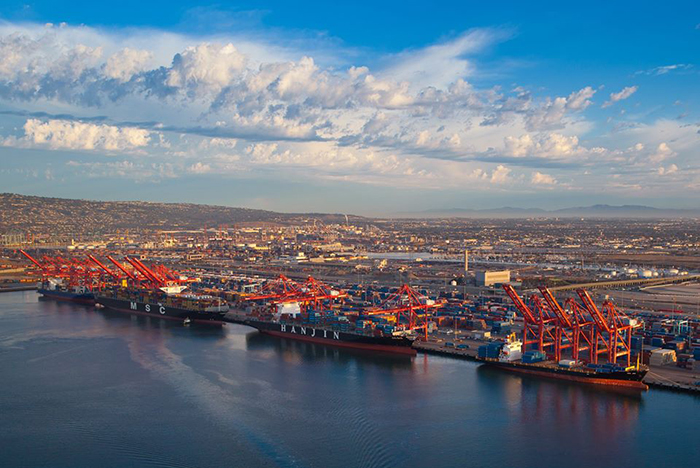 A court in Seoul approved the sale of Hanjin Shipping’s stake in US port operator Total Terminals International to Mediterranean Shipping Co, giving the world’s second-largest container line Pier T in the Port of Long Beach and Terminal 46 in Seattle.

The value of the deal was not revealed during the Tuesday session to handle Hanjin’s insolvency proceedings at Seoul central district court. The court said the price agreed on for the sale of the stake in the operator of the biggest container terminal in Long Beach would be made public when all approvals were in place and the sale contract took effect.

The sale still requires approval from authorities in the United States.

“It is expected to be made public if all conditions are met and [the contract] takes effect," South Korean news agency Yonhap quoted a court official as saying.

The Geneva-based container line was originally bidding for the asset jointly with Hyundai Merchant Marine, but the South Korean line withdrew from the bid because of its low credit rating and said it would acquire a stake from MSC at a later date.

“HMM and MSC have agreed to join forces to acquire Hanjin Shipping’s interests in TTI. Although MSC made a sole bid due to HMM’s low credit rating, the shares of TTI will be jointly acquired,” an HMM spokesperson told JOC.com.

MSC holds the TTI stake through its container terminal subsidiary, Terminal Investment Limited, which already controlled 46 percent of the Long Beach terminal and will gain full control through its acquisition of Hanjin’s 54 percent share held by TTI.

With Hanjin’s liquidation, TTI had been struggling to meet its financial commitments to the Port of Long Beach. Leases between terminal operators and landlord ports such as Long Beach and Los Angeles contain minimum quantity commitments and the defunct container line could not meet these MQCs after filing for bankruptcy.

Hanjin filed for receivership in late August after incurring more than $5 billion in debts and losing the support of its banks, so its major assets are being sold to repay debts.

Global Shipping Outlook: A Sneak Peek at 2021
Port Performance North America: Managing Cargo Flow During a Pandemic — and Beyond
END_OF_DOCUMENT_TOKEN_TO_BE_REPLACED