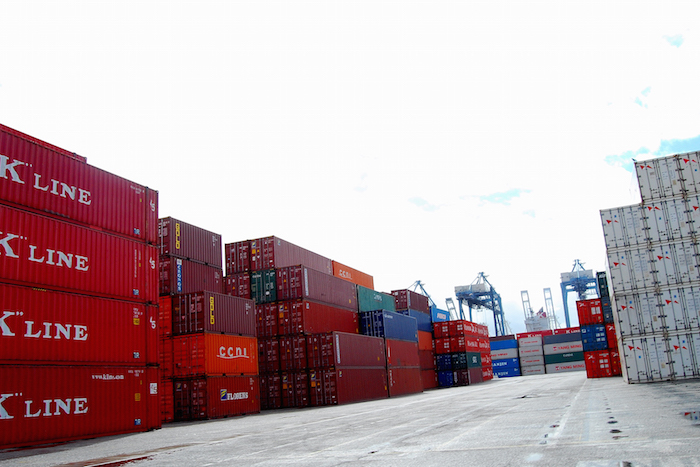 Now that the West Coast’s labor problems are behind them, longshoremen and employers must focus on the real chokepoint in marine terminal operations — the container yard, the president of the largest International Longshore and Warehouse Union local said Thursday.

Productivity numbers tell the story. The typical transtainer operator in the largest U.S. port complex moves 125 containers in a shift, but only 40 to 50 of those moves are actual deliveries to truckers, Olvera said. With containers stacked four or five high in huge piles, transtainer operators spend most of their time sorting, or shifting containers around in order to get to the container that the trucker came for. “There are too many sorts,” he said.

The training and dispatching of yard crane operators was one of the issues that contributed to the terrible congestion problems that crippled West Coast ports during the protracted contract negotiations that began on May 12, 2014, and appear to be finally reaching a successful conclusion. On Wednesday, employers, represented by the Pacific Maritime Association, unanimously approved the tentative contract that was reached on Feb. 20. The ILWU is scheduled to release the results of its members’ vote today.

Chad Lindsay, PMA’s vice president of labor relations, said the PMA has been training crane operators all along, but as a result of the contract negotiations, both parties agreed to train another 250 operators using state-of-the-art simulators. One simulator is in operation and three more are due to be available by July, he said.

Each trainee will go through an intensive 23-day training course, and the result will be that Los Angeles-Long Beach will have “the best crane operators in the U.S., bar none,” Olvera said. Employers and the union have known for sometime that the big ships were coming to the West Coast and the port complex was significantly understaffed in terms of trained operators, so both the PMA and ILWU must share the blame for failing to train sufficient crane operators, he said.

The ILWU leader also called upon the other participants in the supply chain, especially cargo interests, to do their part to reduce marine terminal congestion. “The marine terminal is not a storage yard. Containers should come off the ship and move out the gate,” he said. Ideally, importers should keep their warehouses open round the clock, and terminals should work through the night, in order to expedite the movement of containers to distribution centers while the freeways are the least congested. “The third shift is underutilized,” Olvera said.

The waterfront contract, which some port planners consider to be a productivity-buster itself, calls for a daytime shift from 8 a.m. to 5 p.m., an evening shift from 6 p.m. to 3 a.m., and a late night “hoot” shift from 3 a.m. to 8 a.m. Terminals do not like to run hoot shifts because workers receive eight hours of premium pay for five hours of work. Port planners say that whenever the workflow is interrupted, such as during the lunch hour or when the gates are shut for an hour at the close of the day shift until the night shift begins, productivity takes a dive and long truck queues form.

Lindsay said there is no contractual impediment to working two continuous shifts in busy ports such as Los Angeles-Long Beach because terminals are allowed to “flex” their gates by opening an hour early at the beginning of the shift. However, it is up to the individual terminals to decide when and if that is necessary and financially feasible, he said.

Another supply-chain effort that would improve productivity would be to stow vessels in Asia so that the containers are properly sequenced to come off the vessel and be placed in “super piles” on the terminal that allow truckers to peel-off the containers in a free-flow type of arrangement, Olvera said. Information technology is available to make more effective stowage in Asian ports possible.

Lindsay and Olvera agreed it is time to right-size the labor force and open the longshore rolls for more part-time workers, known as casuals. The last time the rolls were opened in Southern California was 2004. That produced 18,000 casuals, but the economic recession of 2008-09 decimated the casual workforce because casuals were working maybe one shift a week, Lindsay noted. The casual workforce, which is intended to handle surges and peak-season spikes in cargo, is down to about 6,000 active casuals today, he said.