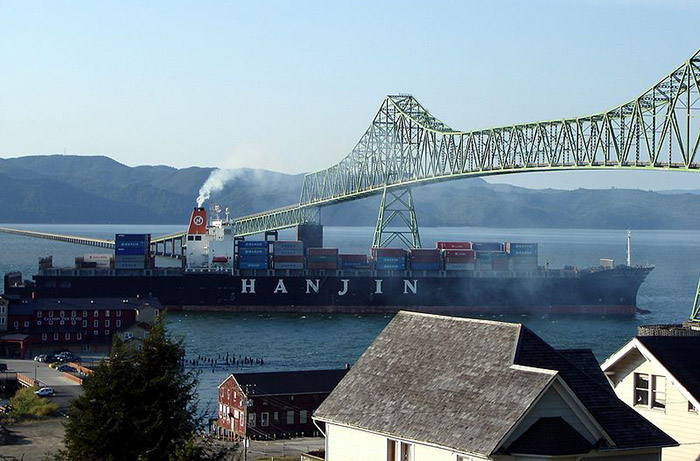 The latest batch of Hanjin Shipping containers at the Port of Houston is not expected to be stranded for long.

The Port of Houston Authority said Hanjin Shipping had agreed to pay terminal charges to clear the way for the port authority’s release of 380 Hanjin containers that arrived Wednesday on the container ship Cosco Auckland.

Port spokesperson Lisa Ashley told JOC.com that the Hanjin containers were being held in the terminal until the Hanjin payment was received. She said the payment was expected to arrive as soon as late Wednesday.

Ashley said the Cosco Auckland was the final ship scheduled to arrive at Houston with containers of Hanjin, which filed for receivership Aug. 31 in South Korea.

On Tuesday, the port authority released 387 Hanjin containers from a previous vessel call after holding the boxes until Hanjin paid terminal charges.

Containers of China Cosco Shipping Line, which shared capacity on the ships with Hanjin, have not been subject to the terminal holds.

Fearing they could be stuck with unrecoverable bills, ports and terminals throughout the world have been insisting on payment guarantees from Hanjin before agreeing to release cargo.