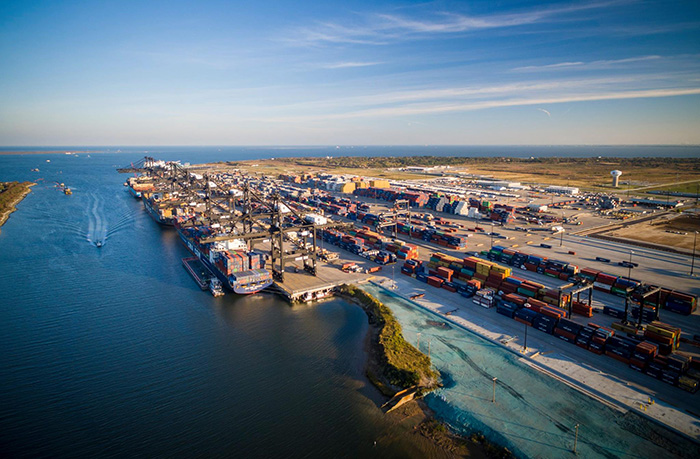 A $1 billion project to widen the Houston port channel, allowing marine terminals to handle two approximately 14,000 TEU vessels simultaneously, is now eligible for federal funding after the US Army Corps of Engineers (USACE) approved the initiative.

The Houston USACE office on Thursday received a signed Chief of Engineers Report, paving the way for Congress to authorize funding for the project through the next water resources legislation. The report, often referred to the Chief’s Report, is the product of a four-year, $10 million study conducted by USACE and the Port of Houston Authority

Due to pressures from the oil industry, Texas state legislators last year imposed a limitation on vessels larger than 1,100 feet, or about 9,500 TEU, from sailing in the channel. The largest ships that can pass through the Panama Canal are approximately 14,000 TEU, depending on water drafts.

The port authority has gone beyond its role as non-federal sponsor to push the project along. In order to complete the project in four to five years, instead of the decade it would typically take, the port is executing the government approval process, design work, and financing simultaneously, rather than sequentially.

The port, as the local sponsor of the project, will have to commit to contribute about 35 percent of the budget. Signaling the port authority’s commitment to speed up the project, the authority board in November awarded design contracts totaling $28 million that will be executed if the project receives federal authorization. Private sector beneficiaries of the widening project that use the channel, mainly terminal operators and plant owners from the energy sector, have committed to contribute 50 percent of the cost, according to the port authority.

The Water Resources Development Act (WRDA) is the major vehicle for the authorization of port navigation, inland waterway, and flood control projects. The bill is intended to be crafted every two years, but that regularity slipped in the late 2000s and early 2010s, when no bills were passed. WRDA bills were signed in December 2016 and 2018, as those respective legislative sessions came to a close, according to the American Association of Port Authorities (AAPA).

The US Senate and House were on track to prepare drafts bills this spring, according to AAPA, before the coronavirus disease 2019 (COVID-19) reached the United States.