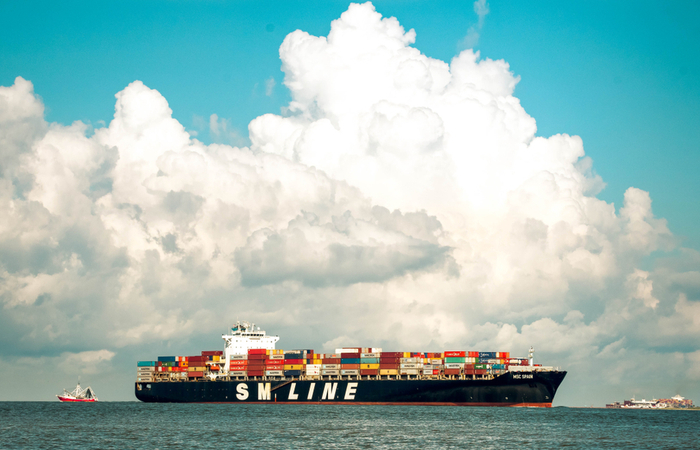 A federal grant award will enable the expansion of berth space at the Bayport Container Terminal in the Port of Houston by 20 percent. Photo credit: Shutterstock.com.

The Port of Houston has received a federal grant of $21.8 million to help fund a 20 percent increase in berth space that would enable Bayport Container Terminal to handle cargo volume growth that has risen by double digits in recent years.

The grant, from the US Department of Transportation’s Maritime Administration (MARAD), covers 40 percent of the $54.6 million cost to convert a grassy stretch of the 500-acre terminal into a new wharf, to be called Wharf 6, the agency said in a statement Friday. It would add 1,000 feet of berth to Bayport’s existing berth space of 4,000 feet.

The remaining 60 percent of the project cost will be funded locally, the Port of Houston Authority (PHA) said in its application for the grant, which the port provided to JOC.com. The project will also include the installation of rail-mounted cranes to serve the new wharf.

The Houston grant was part of a series of 15 awards totaling $280 million announced by MARAD this week through the agency’s new Port Infrastructure Development Program. The funding is designed to improve port facilities at or near coastal seaports.

Houston’s Bayport is one of two container terminals in the port, along with the Barbours Cut Container Terminal. The completion of the Bayport wharf will increase its capacity to 2.4 million TEU by 2032, PHA said.

Houston has experienced double-digit growth for the last three years, and in the first 11 months of 2019 was the fastest-growing port in the US, according to PIERS, a sister company of JOC.com within IHS Markit. The volume of loaded TEU through the port increased 11.4 percent to 2.27 million TEU through November compared with the same period in 2018, the PIERS figures show.

Resin exports are a key element of the growth, due to the concentration of resin production plants on the Gulf Coast. The resin boom helped drive a 51 percent increase in resin exports through Houston, to 392,010 loaded TEU, in the first 11 months of 2019, PIERS figures show. US resin exports overall jumped 29 percent over the same period.