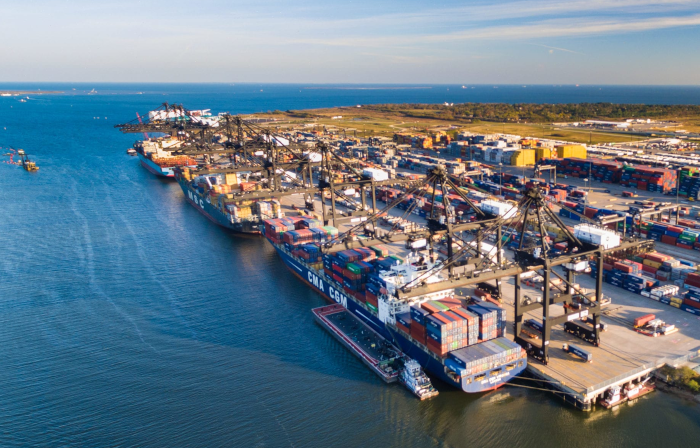 The Port of Houston Authority (POHA) wants a coalition of non-container users to revise its plan for generating half the $1 billion needed to pursue an accelerated project to widen a portion of the ship channel, saying it could hurt the port’s financial standing and competitive position.

The stakeholders, represented by a group called the Coalition for a Fair and Open Port, outlined a proposal at a POHA meeting on Feb. 12 that called on the authority to take out a 30-year $500-million bond that would be repaid using income from a fee on non-container vessels that use the channel. The group said the plan is the most feasible way for it to meet its commitment to raise its share of the funding for the project.

But authority board members expressed concern that the coalition’s proposal made the port — rather than the coalition — responsible for paying off the bonds. One commissioner worried that the port’s ability to compete for non-container cargo could be hurt if those vessels had to pay an extra fee of several thousand dollars, and feared some ships would shift to other ports instead.

“I guess I'm a little disappointed that the proposal at this point is that in effect the port fund the entire project and get paid back over time through customers,” said commissioner Stephen DonCarlos. “Throughout this process, the coalition has steadfastly represented that they will produce $500 million, half the cost of the project.”

Container vessels would not be affected by the coalition fees because the POHA has committed to providing half the funds for the widening project, some of which will come from charges to container vessels.

Funding from non-container users is key to the accelerated schedule the port is pursuing for the project to widen an 11-mile stretch of the Houston Ship Channel — in some places from 530 feet to 700 feet — and ensure it can handle rapidly growing traffic on the key waterway. The accelerated schedule means the port needs to find its own funding to enable the project to be completed in five years. The alternative — relying on federal funds awarded by Congress to finish the project — could extend the work timetable to at least a decade, the port believes.

Vincent DiCosimo, executive director of the non-container coalition, told the board the mechanism behind the group’s plan to raise half the project cost is similar to the way pilot charges are levied and collected, according to an audio recording of the meeting on the POHA website. The amount paid by each vessel would be calculated using a formula based on ship length and width. For example, in the coalition plan, a 740-foot vessel with a 106-foot beam would pay about $2,200 for each move up the channel, and so twice that for a round trip, according to DiCosimo. That money would be collected by the port and used to pay off the bond, he said.

The coalition’s membership includes non-containerized cargo companies that transport crude oil, refined products, and liquid chemicals. They worry their access to the channel will be limited by the growing size of container ships using the channel.

POHA board members expressed concern that while coalition members have for several months committed to contributing half of the $1 billion project cost, their proposal would require the authority to use its financial standing to take out the $500 million bond. That would leave the port on the hook for making payments on the bond if, for example, the economy turned bad or the volume of ships did not meet forecasts, commissioners said.

Board chairman Ric Campo urged the coalition to “sharpen your pencil and figure out more time to try to get into a position where the industry can honor their commitment of 50 percent” funding for the project.

Board members believe they need to have a funding plan in place by April, at which time they hope the chief of engineers at the US Army Corps of Engineers will give approval to the project. To maintain the accelerated timeline, the port needs to have a Project Partnership Agreement (PPA) “in place, ready to sign, the minute that we get authorization,” for which it must be clear where the funds are coming from, said Roger Guenther, the port’s executive director.

DiCosimo acknowledged in his presentation that the proposal is “not a perfect plan.” He said he was keen to “listen to the feedback and say, ‘okay, how is it that there’s a better methodology.’” But, he said, the bond issue by the port was the most feasible and logical option given the need to come up with a plan quickly — and the reality the coalition did not have companies or individuals prepared to write checks for $25 million to $50 million. DiCosimo added the coalition had studied vessel flow, including a simulation of future traffic, and did not believe that vessel flow would vary enough to put the port’s financial position at risk.

“I think we'd be hard pressed, in our sense, to believe that there'd be more than a 10 percent decline in traffic,” he said.

Fees not a concern for non-container users

The funding debate is playing out amid growing stress on the channel. The port, in its third consecutive year of double-digit growth, saw an 11.4 percent year-on-year increase in cargo volume last year through November, to 2.27 million loaded TEU, according to PIERS, a sister product of JOC.com within IHS Markit.

The non-container coalition estimates the bond would cost about $1.1 billion in total — the $500 million loan, plus $600 million in interest — at a 4 percent interest rate. The largest users of the channel, aside from container ships, are oil tankers, which on average make 37 percent of the non-container vessel trips. That’s followed by chemical tankers (23 percent), and bulk/general cargo vessels (about 19 percent), according to the coalition’s presentation.

DiCosimo, who said the coalition’s members represent more than 70 percent of the vessel traffic through the port, does not believe channel users will find the proposed fee structure excessive.

“We went out to some companies, our companies, for instance, the target, and asked ‘would this affect you and coming to Houston,’” DiCosimo told the POHA board. “They very quickly smiled and said, ‘no way. It's an insignificant charge. It’s a rounding error.’”