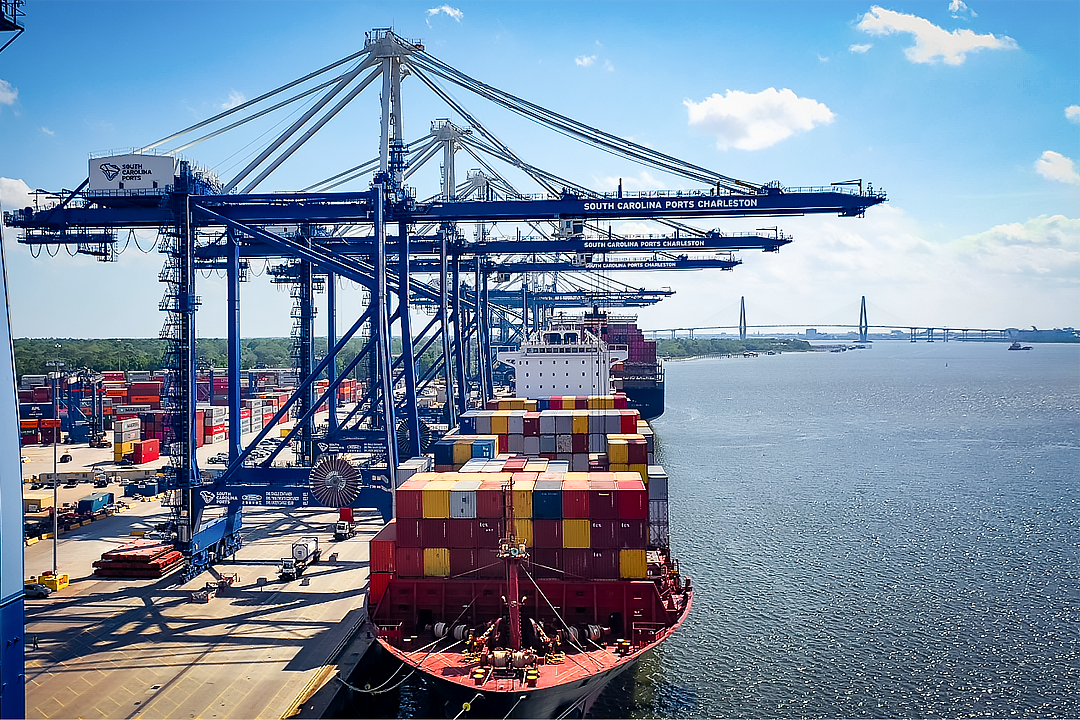 The South Carolina Ports Authority (SCPA) will transfer day-to-day control of berth operations at its Wando Welch Terminal to a joint venture of terminal operators in order to maintain cargo fluidity even as larger container vessels call Charleston, according to a joint statement from the port authority and the new entity.

Marine Terminals Corporation, Ceres Marine Terminals, and SSA Atlantic have launched Charleston Stevedoring Co. (CSC) to take over berth operations in Charleston, according to a joint statement from SCPA and CSC.

The SCPA will maintain direct control over terminal operations, including all interactions with draymen. The port authority said the stevedoring agreement was negotiated prior to the volume downturn caused by the COVID-19 pandemic, which has caused two forecast downgrades since the end of March.

“The new entity will provide significant benefits to the Port of Charleston, including improved container terminal services through the consolidated operations at all berths, as well as more efficient vessel turn times and improved equipment utilization,” CSC president Dan Hall said in a statement. “The combined company will optimize use of terminal capacity and improve integration between terminal, vessel, and gate operations.”

Quick handling of vessels will be critical to importers and exporters concerned about efficient movement of cargo, especially as mega-ships become more common. Charleston next month is scheduled to receive the 15,072 TEU CMA CGM Panama, which would be the largest vessel to visit South Carolina. It’s part of the Ocean Alliance’s Columbus Loop, which connects China to Halifax, New York and New Jersey, Norfolk, and Savannah via the Suez Canal.

The number of vessels calling a terminal is as crucial to maintaining flow as the size of a single ship. Despite the weaker volumes in South Carolina, the Wando Welch Terminal handled two post-Panamax vessels simultaneously and vessels in all three berths at once on separate occasions last month.

Being able to regularly handle those situations efficiently will be important as the economy recovers and Asian import growth returns to historical norms.

SCPA CEO Jim Newsome said Charleston Stevedoring Co. will also help marketing to cargo owners and ocean carriers by improving crane and berth productivity and getting vessels in and out faster. “CSC will enhance the ability to market the Port of Charleston to a broader customer base with a focus on continued growth for this strategic market,” Newsome said.