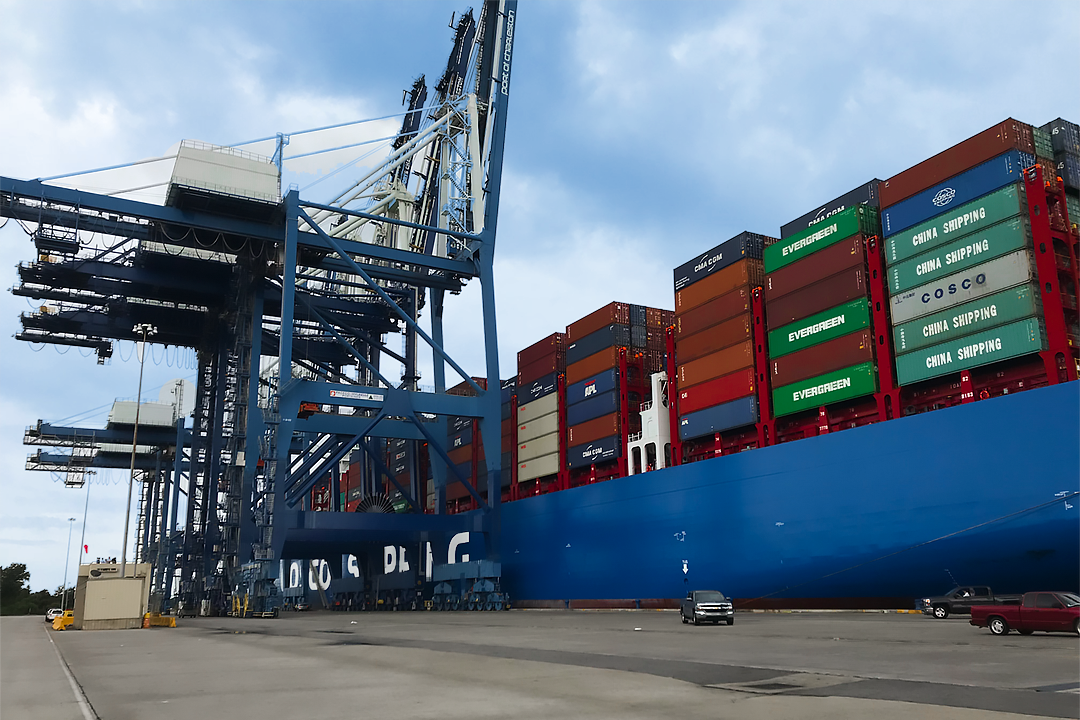 The Port of Charleston has lowered its fiscal year 2020 volume forecast for the second time in little over two weeks as ocean carriers announce a wave of new blank sailings to US West Coast and East coasts, and automakers extend shutdowns in South Carolina through at least the end of April.

Port officials now realize hopes of a V-shape recovery were too optimistic because non-essential businesses remain closed in many US states amid the battle against the coronavirus disease 2019 (COVID-19). Those closures will stunt imports for inventory replenishment or summer seasonal items such as outdoor furniture, sandals, barbecues, or for buying a new car. Charleston’s downward correction in its volume forecast underscores the extent to which US ports are preparing for an ever-sharper drop in volumes.

The South Carolina Ports Authority (SCPA), after forecasting container volume for the current fiscal year (ending June 30) to come in higher than a year ago, now anticipates that figure will be down 1.4 percent, agency CEO Jim Newsome said. For the new fiscal year beginning July 1, Newsome has issued preliminary guidance of a 7.5 percent drop in volume, with a sharp decline persisting through the summer months.

SCPA also said it will be forced to implement cost-cutting measures because of the revenue falloff, including a hiring freeze and reducing overtime.

Newsome, as recently as March 30, said Charleston would be able to weather the storm and end the fiscal year in May and June on a high note. Newsome said at the time that although the closure of BMW, Volvo, and Mercedes Benz plants in South Carolina for two weeks, which have since been extended, would hurt roll-on, roll-off (ro-ro) volume, containerized business would quickly rebound.

“BMW previously announced it would shut down for two weeks, and then they extended that to five weeks [through April 30],” he said. “I can't speak for them. They speak for their business. But I think that has much to do with the diversity of their supply chain and not being able to get parts, from here or there.”

Laden container volume in March fell approximately 13 percent year over year to 149,096 TEU, according to the SCPA, while total volume — including empty containers — was also down about 13 percent to 185,631 TEU. Newsome has already cautioned that April volumes could plunge as much as 20 percent year over year, which he blames on 36 blank sailings, half of which will impact the port in the coming weeks.

Newsome noted the economic recession caused by COVID-19 in some ways resembles past recessions, but is also completely unique due to the swiftness with which business activity and consumer spending came to a screeching halt.

“We went through a recession in 2008-2009, but this is very different,” he said. “This is not an economic recession created by bad economic factors. It is created by a health crisis where you literally have to shut economies down to blunt the health impact, which is very difficult.”

Newsome also acknowledged that SCPA underestimated how many blank sailings would occur. “I don't think that the snapback in Asia was anything of the length that we had hoped,” he said.

In his preliminary outlook, Newsome anticipates this summer will remain grim, with demand slowly improving into 2021. But any eventual improvement will not be enough to make up for the lost volumes in July through September.

Fewer containers also means the port authority will earn less revenue, so similar to many businesses, it has announced measures to slash spending in the next fiscal year. Those measures include a hiring freeze, eliminating temporary workers; reducing overtime, business travel, and advertising expenses; and deferring moving an older crane from the Wando Welch Terminal to North Charleston.

Newsome warned there are many unknowns linked to the impact of COVID-19 that could cause this spring and summer to be worse than feared, especially given South Carolina’s exposure to automobile demand, manufacturing, and retail.

“Even when things begin to re-open, what's the demand for cars? I mean, who's buying a car right now? I’m not as concerned about BMW because it is a premium brand. Volvo is in that same mold,” he said. “I'm more concerned about retail consumption overall, and when that will come back to the normative state that we were used to.”

Despite the downturn, a project to open the Hugh K. Leatherman Terminal and deepening the harbor to 52 feet by 2022 remains fully funded and on schedule, Newsome said. Three new ship-to-shore cranes started working vessels at Wando Welch Terminal this month, bringing the total to 11, and four more are already on order which should be operational next spring.