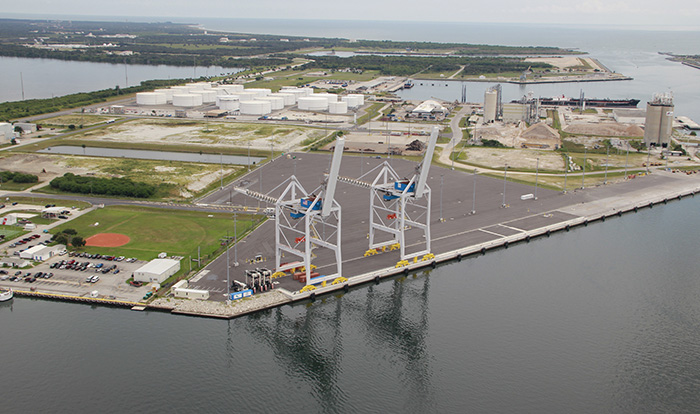 When people think of Port Canaveral, they usually associate it with passenger cruises. Capt. John Murray, the Florida port’s new CEO, said it also has a "phenomenal" future in containers.

“I think the potential for this port is phenomenal,” said Murray, who joined the port in January after heading Hapag-Lloyd's U.S.-flag operation. “The biggest thing we have going for us is the lack of congestion . You can get a container off a ship and once it’s cleared customs and ready to go, there’s nothing to stop it from getting out of here and on the road.”

Murray succeeded John Walsh, who resigned after controversy that included a public remark that opponents of port expansion were “Luddites.” Walsh launched efforts to diversify the port’s cargo base to include containers, and even suggested the port’s container traffic could hit 3 million to 4 million 20-foot-equivalent units within 15 years.

Port Canaveral secured its first regular container service this year when Seatrade Group’s StreamLines, N.V. added the port at the sole U.S. call on its its weekly Blue Stream service between the Caribbean and Central America and Europe.

Murray said a priority is to develop that service and build on it while continuing to expand Port Canaveral’s cruise business and an eclectic mix of other cargo that includes dry and liquid bulk.

By the end of the summer, the port will have completed a project to deepen its 39-foot channel to 44 feet, and to widen it from 400 feet to 500 feet. The widening is for large cruise ships, the deepening is for mainly for container ships. The $28.6 million dredging project was financed by the port and a state grant.

Port Canaveral’s container terminal is operated by GT USA, a subsidiary of global terminal operator Gulftainer. Twenty acres are operational and 10 more will be open in July. The port has 50 adjacent acres available for future expansion.

Vehicle processor AutoPort opened an office at Port Canaveral this month and is considering a possible vehicle processing center at the port. Other parcels around the port are used for things such as a public park, marinas, and a restaurant. Total acreage is about 3,300 acres, but not all of that total is available for development.

“We land that other ports don’t,” Murray said. “One of our challenges is to determine how best to use our land, because as soon as containers take off or cars take off, land will become a premium.”

The port has a capital budget of $752 million through Fiscal 2020. Much of it will be spent on expanding and improving facilities for cruise operations, which generate 82 percent of the port’s revenue.Port Canaveral handled 4 million passengers last year, second only to PortMiami. Murray said traffic could rise 20 percent this year as cruise lines deploy larger vessels,