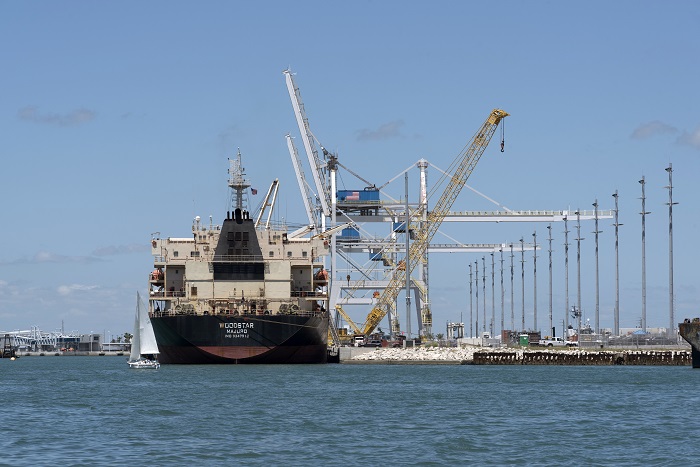 Port Canaveral officials said the port is expreiencing the highest demand for bulkhead space in the history of the port. Photo credit: Shutterstock.

Port Canaveral plans to build a multipurpose berth constructed with heavy-lift capacity of 2,000 pounds-per-square-foot in order to handle aerospace cargo and other heavy modules.

The Florida port’s North Cargo Berth 8 will have a 900-foot seawall, a planned 100-foot pier extension and will be able to handle a ship up to 850 feet. The berth will be dredged to 35-foot depth.

Construction is expected to begin in March, with completion targeted for mid-2019. Port commissioners awarded a $17.9 million contract to Orion Marine Group of Tampa for construction of the bulkhead and seawall, and for dredging operations.

Port CEO John Murray said the new berth is needed not only for aerospace modules but for shipments resulting from central Florida’s growth. “We are experiencing the highest demand for bulkhead space in the history of our port,” he said.

Port Canaveral ranks second to Miami in passenger cruise volume and has been working to diversify its cargo base, which includes autos, breakbulk, containers, and bulk shipments.