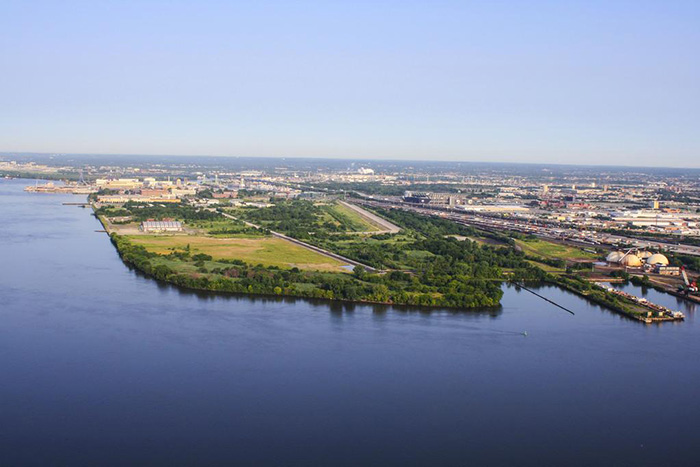 The Southport site the Port of Philadelphia is seeking to develop.

The Philadelphia Regional Port Authority has issued a request for qualifications for proposed private-sector developers of a long-contemplated marine terminal on the site of the former Philadelphia Navy Yard.

The port authority has twice tried to interest developers in building the Southport container terminal. The first effort collapsed after the 2009 recession. A bid by Ports America and SSA Marine fell through last year when Hyundai Merchant Marine pulled out.

This time the port authority plans to solicit bids from developers that might want to build facilities for automobile and energy-related cargoes in addition to containers, although local maritime officials would prefer a container terminal.

The Southport site comprises three parts — the Southport Marine terminal (119 acres), Southport West (75 acres) and the Pier 124 North Berth, a 1,132-foot finger pier. With support from the Commonwealth of Pennsylvania, the port authority has already completed substantial pre-construction and permitting work at the sites.

Southport would benefit from a project to deepen the Delaware River’s 102.5-mile shipping channel from its current 40-foot depth to 45 feet. The project is scheduled for completion in 2017.

Between 2010 and 2014, Philadelphia posted annual increases of 5 to 19 percent in container volume. During the first seven months of this year, Philadelphia handled 162,577 twenty-foot-equivalent units of containers, a 4 percent decline from a year earlier, according to PIERS, a sister product of JOC.com within IHS.