Pile up of non-essential cargo at US ports raises alarms

Pile up of non-essential cargo at US ports raises alarms 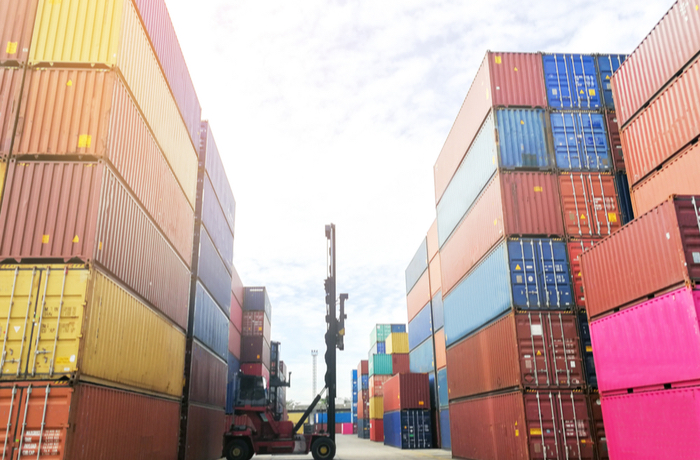 The scarcity of space at terminals is leading to concern about diversions in the event that certain ports are temporarily closed. Photo credit: Shutterstock.com.

Even as China’s manufacturing comes back online, shippers faced with plummeting demand have begun a process of slowing the supply chain — canceling orders, requesting containers not be loaded on ships, and seeking to store cargo at destination ports.

But with demand in major consumer markets such as the United States evaporating due to the coronavirus disease 2019 (COVID-19), a potentially major backup of loaded containers throughout the US port system may be starting to take shape. The early signs are manifested by some of the largest ports along the US East Coast now scouring available land to boost temporary storage capacity on or off terminal grounds.

The demand is growing as some retailers and manufacturers fail to pick up containers because warehouses are full or closed due to not being deemed essential service providers responding to COVID-19, or because retailers have requested delayed deliveries at distribution centers. Although the situation remains fluid, ports are warning that because all US import gateways may be simultaneously facing the same situation, a bottleneck of national proportions may be beginning to take shape.

“I’m very concerned that well-meaning policies both on the corporate and government level are limiting essential services and preventing people from opening warehouses that don’t seem essential since they store furniture, mattresses, and toys,” Federal Maritime Commission (FMC) commissioner Daniel Maffei told JOC.com Friday. “In fact, keeping those warehouses is essential because the supply chain must be moving so the containers leave the port so vital goods and food can come in.”

That some retailers and manufacturers are choosing to risk demurrage penalties rather than accept containerized goods and materials they’ve ordered, while others may have to accept demurrage penalties due to their inability to deliver to customers, speaks to not just the threat of port congestion, but the scale in which COVID-19 has upended consumer and manufacturing demand. Forwarders, container lines, marine terminal operators, and port authorities tell JOC.com they see the potential for this threat to build to the point, according to some, where some ports may have to declare force majeure.

The situation varies from facility to facility based on the type of retailer being served, said Scott Weiss, vice president of business development for Port Logistics Group, which operates nine warehouses in Southern California. Retailers such as Macy’s and Nordstrom cannot move apparel, furniture, and similar items from the warehouses because they have closed their stores. However, the retailers that remain open, as well as online retailers, are “drop shipping” incoming freight at warehouses, some of which are operated by third-party logistics providers (3PLs) for shipment to their outlets, he said.

US importers this week triggered a wave of canceled, reduced, and postponed ocean shipment bookings for April, forwarders told JOC.com. But with Chinese factory production recovering, ships from China to North America are sailing at full capacity, said Matthew Leech, CEO and managing director of the Americas at DP World.

One carrier said that due to the volume of what are typically rare detention in transit (DIT) requests to delay goods in transit, they are considering routing Asia-East Coast North America ships via the Cape of Good Hope. “We’re looking at it,” a senior executive told JOC.com Thursday, saying no decision has been reached. “In general, people want to delay.”

“There is a lot of freight out there that’s not going to be moving. I have concern with two weeks of freight just not moving for a lot of customers, such as auto manufacturers, and many retailers,” Griff Lynch, executive director of the Georgia Ports Authority (GPA), told JOC.com. “With slowing demand related to the coronavirus, port users need space to stage their cargo until that demand returns.”

GPA is opening a new space at the Garden City Terminal in Savannah where 11,130 TEU can be stored. There’s already capacity in the new space for nearly 5,000 TEU, and the other 6,000 TEU of capacity will be added by mid-April.

Thanks to the $800 million it has invested in the last three years to expand its marine terminals, the Port of Virginia says it won’t need to adjust operations or find more storage space to handle additional volume.

“Requests for storage are a very real possibility and as a result we have been having internal discussions about how we would handle the issue,” said John Reinhardt, CEO and executive director of the Virginia Port Authority. “A one-policy-for-all solution is not an option because each request will be different. We will consider the requests on a case-by-case basis and create agreements that are beneficial to both sides.”

The scarcity of space at terminals is leading to concern about diversions in the event that certain ports are temporarily closed, as Houston briefly was on March 18 due to one of its workers testing positive for COVID-19.

“Some lines are also asking what-if scenarios, e.g., if a port in the vicinity closes for a COVID-19 outbreak, can cargo be diverted to a nearby port. Terminal capacity is not that redundant, and it will be difficult for some ports to accept discharge of cargo bound for another port putting at risk their own capacity,” Leech of DP World said.

SecurSpace, a company that leases storage and parking space for trailers across the country, is seeing increased demand from ocean carriers and trucking companies, CEO Lance Theobold told JOC.com Friday. While it’s difficult to determine exactly what types of cargoes require extra storage, anecdotally it seems to be the non-critical merchandise, he said.

Also, said Theobold, demand is increasing at all major gateways. “In talking to ocean carriers, they’re looking for storage capacity all over the country,” he said. “Requests are coming in for $50-250 trailers a pop.”

The Southeast may be the hottest spot right now, and there is also increased demand in the Pacific Northwest, he said.

Uffe Ostergaard, president, North America, at Hapag-Lloyd, said the company has been receiving more requests from US importers this week asking if there's capacity at the terminals to store containers longer and get more free time, and whether it’s possible to store them off the terminal. He said Hapag-Lloyd is working with customers to allow them to buy extra storage time up front and move containers off the terminal when possible.

“It is not a flood of requests, but it has definitely picked up over the past week and I think they will increase further in the next couple of weeks depending on how the situation evolves,” Ostergaard told JOC.com on Friday.

“It goes to reason that there's going to be a problem because of that kink in the hose,” she said. “So how long can they handle it? At what point do the warehouses just get to the point where they cry mercy and they can't take any more cargo from the port?”

That’s a potential scenario marine terminals are weighing. One New York-New Jersey terminal operator, who requested anonymity, said the terminal has not seen any rise in container volumes yet, but it is the “main thing we are concerned about as we move into April and May.”

“We believe this will affect us and the Port of New York-New Jersey in general since shippers have no ability to move cargo with all the storefronts still closed,” the operator said, adding that one option the terminal is considering is locating space outside the terminal to store containers.

The ports of Los Angeles and Long Beach are generally fluid now, but in late February congestion began building after carriers responded to reduced Chinese production tied to COVID-19 by blanking sailings. With outbound vessel space being reduced, terminal operators told beneficial cargo owners (BCOs) and truckers not to return containers to their facilities once they were emptied for fear the terminals would be overwhelmed with empties, a former container executive now working in a related supply-chain industry in Southern California told JOC.com

“We were a leading indicator in LA-Long Beach. Add a couple of weeks (for longer transit times from Asia) and you’re seeing something similar to the East Coast,” the source said. The condition is compounded now by the addition of the “shelter-at-home” mandates from state and local health agencies that are affecting the supply chain, he added.

Although the environment for terminal operators, truckers, and BCOs in Southern California seems to be fluid, truckers warn that a recurrence of conditions that existed earlier this month is possible when the next wave of imports hits the ports of Los Angeles and Long Beach.

Weston LaBar, CEO of the Harbor Trucking Association, told JOC.com Friday that terminals must continue to reposition as many empty containers back to Asia as possible. Although import volumes may dip in the coming weeks after the current wave of imports subsides, another surge will likely occur this summer as back-to-school and holiday season merchandise arrives at the ports. LaBar said some of the 12 terminal operators in Los Angeles-Long Beach continue to restrict trucker appointments for the return of empty containers, and this could push the port complex back into a condition similar to what occurred earlier this month.