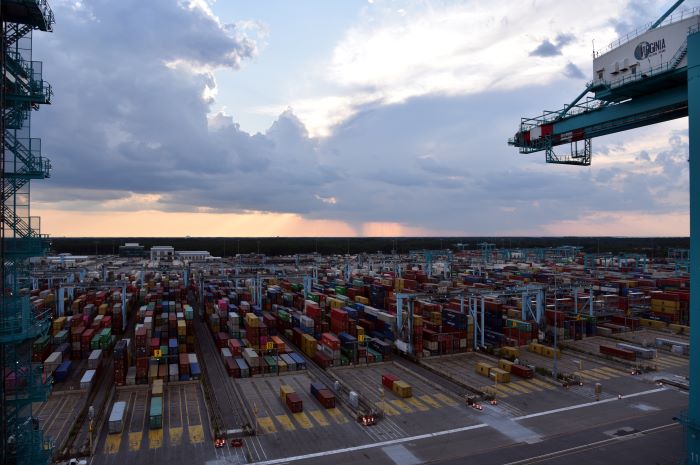 Funds for Norfolk’s intermodal rail yard expansion and Wilmington, North Carolina’s marine terminal modernization are part of $220 million in grant money awarded to 18 port projects Thursday by the US government.

The grants are part of the Maritime Administration’s (MARAD) Port Infrastructure Development Program, the US Department of Transportation said in a statement. Eight of the 18 projects are earmarked for “opportunity zones” in economically distressed communities, DOT said.

Norfolk will receive $20.2 million for Norfolk International Terminals’ central rail yard expansion. The grant will be used to construct eight working tracks and a working area for transferring and staging containers, DOT said. “Additionally, the project will create a return access road that will separate rail dray traffic returning to the container yard from general truck traffic,” it said.

Wilmington gets $16 million to build a new container gate that will increase throughput capacity at the port through the use of optical character recognition and weigh-in motion sensors technology that will “allow drivers to enter and exit ... without stopping for processing,” DOT said. “The proposed improvements also allow the port to streamline container traffic flow throughout the terminal and open up additional yard storage capacity,” the agency said.

Other port projects of note receiving funds include:

• Seward, Alaska; $19.8 million for the marine terminal freight dock and corridor improvements. DOT said the project will “expand the existing dock by approximately 375 feet to deeper water to accommodate growing freight cargoes and to minimize operational conflicts between freight and cruise movements, both onshore and in the harbor.”

• St. Thomas, US Virgin Islands; $21.8 million for the Crown Bay Terminal Improvements Project. “The project will facilitate more efficient cargo movement both into and out of St. Thomas,” DOT said.