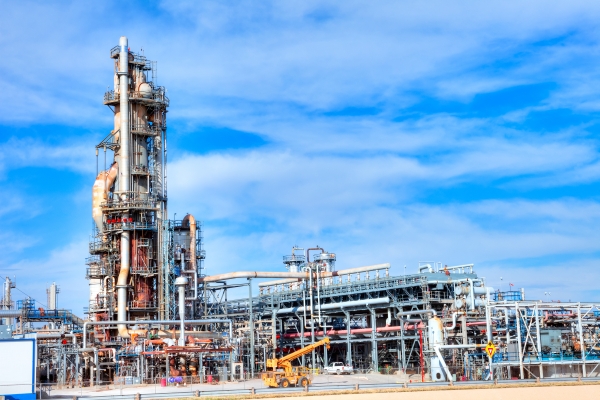 The numbers look like typos: More than $100 billion in petrochemical manufacturing construction is under way or planned across the U.S., mostly in Texas and Louisiana. That’s billion, with a “b,” and it’s a conservative tally. The final total could rise much higher.

This frenzy of construction is a direct result of the boom in shale oil and gas drilling, which is supercharging the region’s economy and driving expansion and increased volume at U.S. Gulf ports from the Mexican border to the Mississippi River.

“We’ve never seen anything like it,” said John LaRue, executive director of the Port of Corpus Christi, Texas, near the Eagle Ford shale formation in south central Texas. About $20 billion in petrochemical projects are under construction or awaiting final permits in the Corpus Christi area.

At Lake Charles, Louisiana, Sasol plans to invest $16 billion to $21 billion in a 3,034-acre production complex so large that a compound will be built to house 4,000 construction workers. The plant will turn natural gas into ethylene, an intermediate chemical used in plastics, packaging and other products, and into high-quality diesel and other fuels.

Ports are seeing the first wave of increased cargo volume from shale drilling. Corpus Christi in 2008 began handling shipments of sand for hydraulic fracturing to unlock natural gas and oil in the Eagle Ford shale formation. Increased drilling also has generated growth in imports of steel pipe for oil field use.

Phase 2 of the shale drilling boom’s impact on ports has seen a rapid rise in coastwise shipments of crude oil. Corpus Christi’s outbound crude oil shipments were negligible until 2011. Now they exceed imports to area refineries.

At Beaumont, Texas, unit trains of Colorado crude are being transferred to barges for delivery to area refineries. The port is partnering with Jefferson Transload Railport to develop a transfer terminal where 120 railcars full of crude oil can be drained simultaneously and transferred to barges.

The third phase of the shale drilling boom will be an increase in project shipments of components for petrochemical plants being built or expanded to take advantage of cheap natural gas used for fuel or manufacturing feedstock. This phase is just getting under way. Ports anticipate several years of growth in project shipments of pressure vessels, distilling columns, reactors, pumps, compressors and other equipment.

When the new or expanded plants hit full production in three or four years, the region’s ports can expect a fourth phase of growth. A large percentage of the plastic resins and other products from the new and expanded plants will be exported, mostly in containers.

Houston, which handles two-thirds of the Gulf Coast’s container volume, will benefit from the petrochemical industry’s expansion in its backyard. The port expects containerized exports of petrochemical products to balance growth in imports of consumer goods for the nation’s fourth-largest city and its hinterlands.

Other Gulf ports also anticipate growth in containerized exports of petrochemicals. New Orleans is developing warehouse facilities for packaging of chemicals produced at Mississippi River plants upstream. Port Freeport, near Houston, has ordered two post-Panamax cranes to position itself to handle exports from local petrochemical plants along with other cargoes.

“This isn’t concentrated on any one segment,” LaRue said. “It’s an exciting time. We’re all scrambling to keep up.”

In the Corpus Christi area, Austrian steelmaker Voestalpine and Italy’s M&G Chemicals are building plants in the area to take advantage of cheap natural gas. French company LyondellBasell is expanding to increase production of ethylene, an intermediate chemical used to make products such as plastic packaging and polyvinyl chloride pipe.

Shale drilling’s biggest impact has been on natural gas supply and prices. During the last five years, the U.S. has been transformed from the world’s highest-cost manufacturing location into a low-cost producer.

That changed with the increased use of horizontal drilling and hydraulic fracturing to unlock gas and oil deposits in underground shale. The largest centers of shale drilling include the Barnett formation in north central Texas, the Haynesville formation in east Texas and north Louisiana, the Permian basin in West Texas and the Eagle Ford formation.

Industrial prices for natural gas at Gulf Coast plants tumbled from a peak of about $13 per thousand cubic feet in mid-2008 to $3 last year. They’ve since risen to about $4.50 but remain about one-third the prices paid by European producers and one-fourth the prices of Singapore.

Methanex Corp., for example, is dismantling two of its methanol plants in Chile and moving them to new plants in Geismar and Gonzales, Louisiana, on the Mississippi River a few miles downstream from Baton Rouge.

“The U.S. is now viewed as the region to locate production,” the American Chemistry Council said in a recent report. U.S. petrochemical investment attributable to shale drilling exceeds $100 billion, the council reported in February.

If all proposed announcements of new plants and expansions are completed, U.S. petrochemical expansion will increase 33 percent by 2017, according to a recent report by the Dallas Federal Reserve Bank.

More than three-fourths of this investment is concentrated on the Gulf Coast. The region already is home to the largest concentration of petrochemical plants, which tend to cluster in order to share feedstock, byproducts and infrastructure.

One such cluster is at Geismar, where BASF opened a new methylamines plant in 2011, began production on a surficants plant this year, and last fall broke ground on a $138 million formic acid complex. And there’s more to come: During the last year, other companies have announced seven other large projects in Ascension Parish, which includes Geismar.