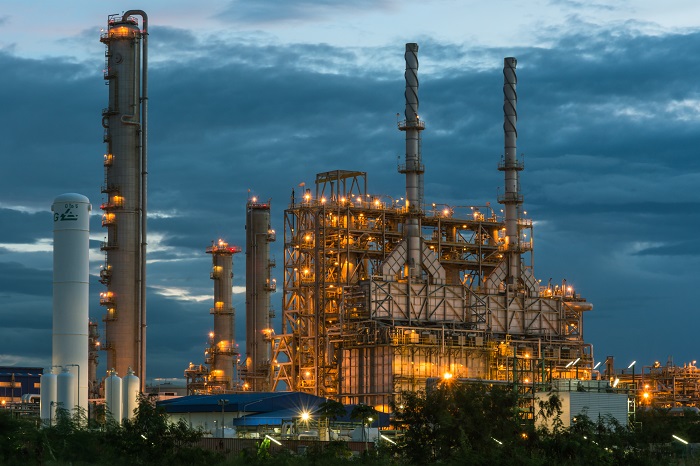 Investments in plants that produce resins and other plastics, used in a variety of manufacturing and consumer packaging materials, are growing rapidly with the expansion of fracking in the Gulf and other regions of the country. Photo credit: Shutterstock.com.

The long-awaited boom in exports of resins and other plastics products should begin to emerge this year. But a projected 50 percent increase in exports by the end of 2019 and a doubling of exports by 2022 may not be met if the US and China continue their tariff war after March 1.

Regardless of the outcome of the US-China trade war, demand for resins in emerging economies — especially in Southeast Asia, Latin America, and Africa — should provide markets for the planned investment of $200 billion in more than 300 production facilities in the US, primarily along the Gulf of Mexico.

“Should the tariffs remain in place, clearly these estimates will not develop as projected, but that does not mean that the US polyethylene facilities will not run at high rates and export the projected volumes. It simply means those shipments will move to alternate destinations such as Europe, Asia, India, and Latin America,” Nick Vafiadis, vice president of plastics at IHS Markit, told JOC.com.

In his presentation to the Global Plastics Summit Nov. 1 in Chicago, Vafiadis listed eight polyethylene plants to be opened in Texas and Louisiana in 2018-2020, and 11 more are scheduled for completion after 2021 in North America, at least four of which will be located along the Gulf Coast.

Resin exports year to date through November totaled 601,675 TEU, an increase of 10.6 percent over 2017, according to PIERS, a JOC.com sister company. Industry analysts in recent years had projected even faster growth, but major projects to construct production facilities and packing plants in the US Gulf were delayed in 2017, due to a shortage of construction workers and flooding from Hurricane Harvey. However, resin production is ramping up now with the growing production capacity, according to the American Chemistry Council.

Investments in plants that produce resins and other plastics, used in a variety of manufacturing and consumer packaging materials, are growing rapidly with the expansion of fracking in the Gulf and other regions of the country. An abundance of low-cost natural gas gives the US a decided advantage over its competitors in the export market. “Nowadays, the cheapest, most available way to make plastic is with natural gas,” said IHS Markit trade numerologist John Miller. “Plastics aren’t going away. Annual global consumption is expected to double to over half a billion tons by 2030, from 311 million tons in 2014,” he said.

Since the preferred method of shipment is in 25-kilogram (55-pound) bags of plastic pellets, which fit nicely into containers, much of the projected growth in exports will be carried by liner companies with weekly services to all three US coasts. The US container trade is weighted toward imports, so ports and carriers have been awaiting the boom in resin exports to provide more balance to the major east-west trades.

The US price advantage took a hit in August when China retaliated against Trump administration tariffs on consumer merchandise imports with its own tariffs of 25 percent on a wide range of polyethylene imports from the US. The Trump administration import tariffs were scheduled to increase from 10 percent to 25 percent on Jan. 1, which conceivably would have resulted in further Chinese retaliation, but they have been delayed until March 1 following an agreement that was reached at the G20 summit in Buenos Aires last month.

However, with its rapidly growing need for packaging materials and other plastics, China is projected to become the fastest-growing market for resins exports in the coming years. Absent the tariffs, China was projected to account for about 40 percent of US polyethylene exports by 2021, Vafiadis said. If US resins exports are going to achieve their lofty projections in the face of possible tariffs, producers will have to grow their existing markets and find new markets in countries where consumer demand is growing. According to a report by Wood McKenzie, the planned expansion of productive capacity assumed that China was to be a major purchaser of US resins, so some of the investments may not materialize if the trade war continues.

With much of the productive capacity centered in Texas and Louisiana, Gulf ports dominate the resins trade, accounting for 56.7 percent of US exports. The East Coast share is 27.9 percent and the West Coast share is 15.2 percent, according to PIERS. Asia is the largest overseas market, at 36.6 percent, followed by Latin America at 25 percent, North Europe at 16 percent, and the Mediterranean at 10 percent. Since Asia is such a competitive market, ports on the Gulf, East, and West coasts look to resins for growing export opportunities. With only three weekly services from Asia, the Gulf ports’ vessels are booked up, which results in competition from East and West coast ports that are served by intermodal rail from Texas and Louisiana.