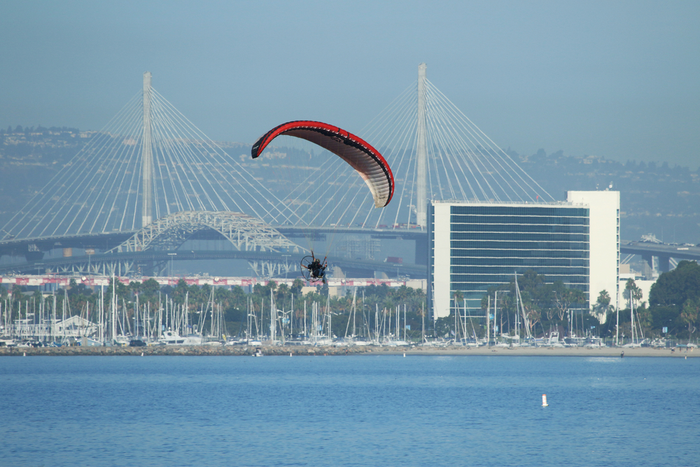 Los Angeles and Long Beach (LA-LB) in 2019 reduced harmful emissions from port operations at about twice the rate of change in container volumes, demonstrating they are progressing toward achieving the standards established in the San Pedro Bay Clean Air Action Plan (CAAP).

Owing to California’s strict environmental requirements, as well as standards for the region outlined in the federal Clean Air Act, the ability of the ports to expand their infrastructure and grow cargo volumes depends on achieving the emissions goals in the CAAP. Port executives expressed optimism in achieving the long-term goals because last year they already bested the CAAP’s emission-reduction standards set for 2023.

Under the CAAP, the ports measure emissions reductions from ocean-going vessels, marine terminal cargo-handling equipment (CHE), drayage trucks, locomotives, and harbor craft. LA-LB face the most ambitious emission-reduction goals of any US port; the ports are aiming for zero emissions from CHE by 2030 and a zero-emission drayage fleet by 2035.

LA-LB each released its own emissions inventory on Oct 1. As a combined port complex, LA-LB last year reported a 3.3 percent decline in total laden and empty container volume compared with 2018, but emissions of nitrogen oxide (NOx), sulfur oxide (SOx), and diesel particulate matters (DPMs) declined between 5 and 7 percent in those categories.

LA-LB assist private-sector companies in reducing emissions by helping to fund demonstration projects for low- (alternative fuel) and zero-emission (battery-powered) equipment and vehicles. Dozens of near-zero and zero-emission yard tractors, forklifts, top-handlers, and drayage trucks are being tested to determine their feasibility in the rugged port environment.

The Southern California ports each year are required to publish their emissions of health-risk pollutants — NOx, SOx, and DPMs — that are known to contribute to respiratory and cardiovascular diseases. The emission inventories published annually by the ports are verified by state and federal regulatory agencies.

Greenhouse gas (GHG) emissions were added to the CAAP after it was released in 2006. The ports report continued to progress in reducing GHG emissions, which contribute to global warming and climate change, although not at the same rate as the health-risk pollutants.

The CAAP was revised in 2010 and in 2017 to reflect growing international concerns involving climate change. The ports in 2019 reduced GHG emissions 15 to 19 percent from the 2005 baseline. Unlike the health-risk pollutants, whose effect is primarily local, GHG emissions have a global impact because they contribute to climate change.

“Reducing GHGs to help avoid the worst effects of climate change is critical, and it is going to take worldwide collaboration to do this,” said Christopher Cannon, director of environmental management at the Port of Los Angeles.

Adoption of the CAAP was a direct result of a challenge by the Natural Resources Defence Council and other environmental and community groups to a plan by Los Angeles to expand the China Shipping Container Line terminal in 2001. Following years of litigation, the ports of LA-LB agreed that they needed a joint environmental plan with specific dates and standards to serve as a template for future projects. The ports agreed that without such a plan, they would lack the regulatory and community support they would need to foster growth in the largest US port complex.