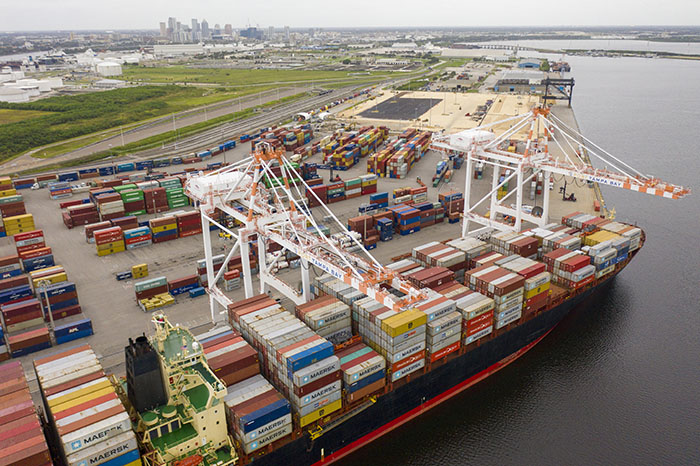 Containerized cargo volumes flowing through the busiest US Gulf Coast ports declined marginally in the first seven months of 2020, buffeted by the damaging effects of the COVID-19 pandemic on global consumer demand but buoyed by continued — albeit much slower — growth in resin exports and an expanding share of imports from Asia.

The nine largest gateways for container cargo on the US Gulf Coast handled a total of 2.05 million TEU through July, a 2 percent decrease from the same seven months in 2019, according to the JOC Top 9 US Gulf Ports 2020 rankings. Imports through those ports fell 2.3 percent year over year during the period, while exports slipped 1.6 percent.

Port Houston, which continues to dominate the Gulf Coast market, accounting for more than two out of every three boxes that move in and out of the region, saw its import volumes fall 4.7 percent to 685,889 TEU during the period as COVID-19 lockdowns brought the US economy to a standstill. But only two other ports registered year-over-year declines in imports in the first seven months of 2020: Gulfport (down 7.7 percent) and Galveston (down 0.5 percent).

On the export side, volumes through Houston actually increased, ticking up 1.2 percent to 713,366 TEU compared with the first seven months of 2019, thanks in large part to increased resin production in the region. Total outbound shipments of resins from the United States grew 6.8 percent to 542,762 TEU through July, according to data from PIERS, a sister company of JOC.com within IHS Markit.

How to Improve OTIF: 15 Tips for On Time and In Full Delivery
END_OF_DOCUMENT_TOKEN_TO_BE_REPLACED