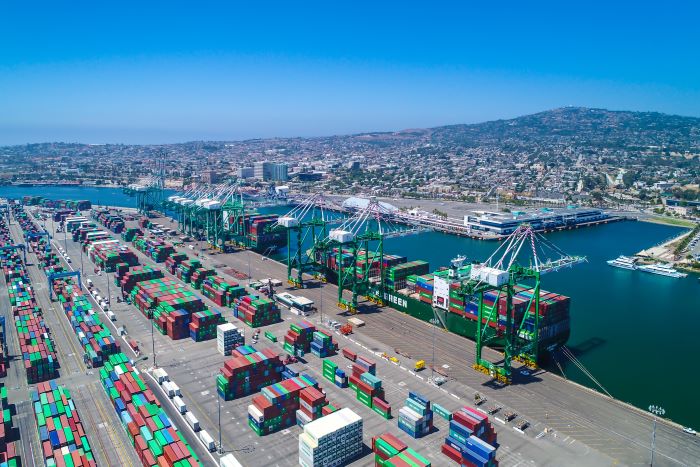 The US Department of Transportation on Friday awarded almost $33 million in grants for the ports of Los Angeles and Long Beach for infrastructure development the agency said will increase their competitiveness and improve intermodal rail efficiency at the Southern California port complex.

Los Angeles was awarded $18.2 million for the Fenix Container Terminal intermodal rail yard expansion and modernization project. The grant will be used to increase capacity of the existing on-dock yard by adding 11,500 linear feet of track. The project will increase the terminal’s rail capacity 10 percent.

Long Beach was allocated $14.5 million for the Alameda Corridor south access project. The grant for the Terminal Island rail junction project will be used to improve the capacity of the junction by constructing and replacing rails and siding that will improve the efficiency of rail operations, DOT said in a statement.

The Port of Long Beach is investing $1 billion to improve rail access and on-dock rail capacity. The port views improved rail access as key to its efforts to increase market share in the competitive trans-Pacific trades. The Alameda Corridor links the movement of intermodal trains from the Los Angeles-Long Beach port complex to the national rail network.