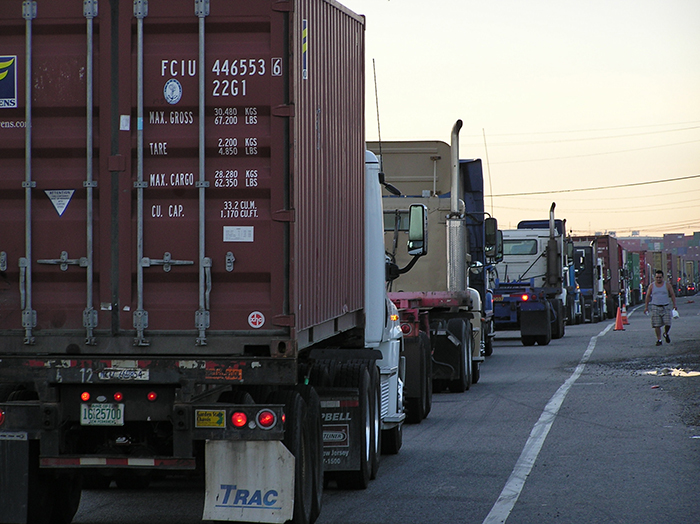 In the wake of the collapse of discussions to create a New York-New Jersey chassis pool, a key goal to improve container flow at the largest East Coast port, there has been a shrugging of shoulders among some in the industry.

From these optimists’ view, the chassis situation at the largest East Coast port is currently stable. There is enough supply to meet the needs of the market, the theory goes, and more providers and chassis units will enter the market as demand increases.

But others in the New York-New Jersey port community and the wider industry say the collapse over the summer of talks to create a pool out of the combined fleets of Flexi-Van Leasing and Direct ChassisLink Inc. — following an earlier failed effort to create a pool that would also include Trac Intermodal — is an ominous sign for the port, and for the wider industry as it continues to manage the fallout from carriers’ continuing withdrawal from chassis provision. It is simply unsustainable over the longer term, the argument goes, for truckers to be forced to pick up and drop off containers and chassis at different locations, given the incremental time and cost involved.

“The fact that the pool fell apart in New York and New Jersey is very unfortunate,” James Newsome, president and CEO of the South Carolina Ports Authority, said at the JOC Container Trade Europe conference in Hamburg in mid-September. “There is no other way to operate today without a working chassis pool. You simply cannot operate efficiently. The ports that don’t have a well working chassis pool are going to struggle.”

A view shared by many at the New York-New Jersey port is that a working chassis pool is vital as the port faces the arrival of more megaships following the raising of the Bayonne Bridge over the summer. As reported recently by JOC editor Hugh Morley, the view is that despite the latest setback, a resolution is required. “You could tell by the frustration at Port Industry Day [the port’s annual conference, on Oct. 2] that the lack of a portwide ‘gray’ chassis pool is still an issue which needs to be resolved,” New York Shipping Association president John Nardi said. “I just question how long the situation can wait for an industry solution before [one] is mandated.”

According to recent minutes from a meeting of the port’s Council on Port Performance, creating a chassis pool “needs to be a 2018 priority,” Morley reported.

Nationwide, chassis remain a challenge, not just at the New York-New Jersey port. Even though the Southeast has a “good working chassis pool,” Newsome said, the US system remains challenged when it comes to chassis and, by extension, the need to provide a sustainable working environment for truckers.

“The fact is the chassis pools don’t work as advertised in many places … and because the chassis pools haven’t worked well, companies like John Deere had to go out and get their own chassis,” Newsome said. “It didn’t have to happen — no trucker wants to have to own a chassis; no shipper wants to own a chassis or lease a chassis — but in many respects they felt forced to do that.

“We are far away from where we wanted to go, which is one chassis pool for the nation, like the rail TTX fleet,” he added.

For New York-New Jersey, the issue is arguably urgent. The raising of the Bayonne Bridge in early June, following the summer 2016 opening of the expanded Panama Canal and completion of the port’s 50-foot deepening project, means the port has eliminated all navigational obstacles to megaships of more than 10,000 TEU to reach its main container complex on Newark Bay. Those vessels will often be dropping off and picking up the vast majority of their East Coast cargo; the Sept. 7 ceremonial visit of the 14,400 TEU CMA CGM Theodore Roosevelt was a harbinger of what is coming.

The US chassis landscape, even in New York-New Jersey, is not entirely bleak. At Los Angeles-Long Beach, the chassis situation has certainly improved since the so-called pool of pools was unveiled in 2015, according to JOC West Coast editor Bill Mongelluzzo. However, there are still issues, as was seen this past March after the Chinese New Year when an unprecedented level of chassis backups at Los Angeles-Long Beach marine terminals exposed the reality of continuous equipment dislocations, naturally affecting truckers and beneficial cargo owners alike.

At New York-New Jersey, the Ocean Carrier Equipment Management Association (OCEMA), a reputable carrier group founded in 2000, recently (and somewhat ironically, given the carriers’ withdraw from chassis), suggested that it could get involved, saying it considers the port “at risk” because the chassis issue “hasn’t been prudently addressed.” An OCEMA affiliate, Consolidated Chassis Management, manages pools in 26 states.

And at the Hamburg conference, Newsome dangled a new idea, saying that in the Southeast, “we are going to further reinvent the whole chassis pooling concept. We’re going to come up with a chassis pool that has a young fleet of chassis and works for the customer base.”