US funds to kickstart deepening at Charleston, Jacksonville, Boston

US funds to kickstart deepening at Charleston, Jacksonville, Boston 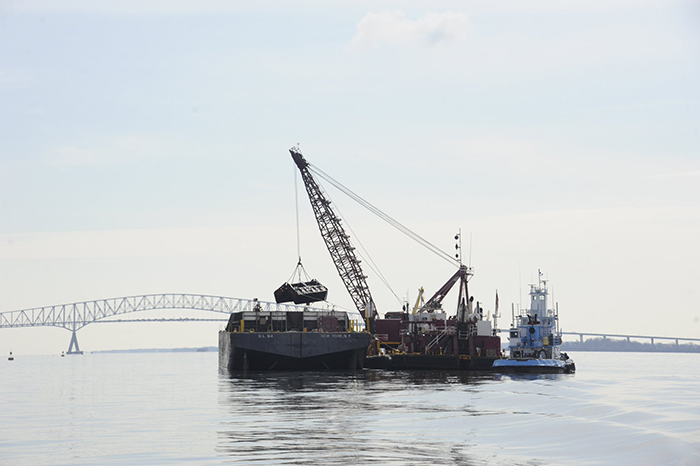 There are 14 coastal navigation channel improvement projects authorized by Congress.

The US Army Corps of Engineers has allocated funds to start deepening the ports of Boston, Charleston, and Jacksonville to handle larger ships transiting the Panama and Suez canals.

“We’re excited to see these projects get green-lighted and started,” said Jim Walker, director of navigation policy and legislation at the American Association of Port Authorities. The projects were authorized under previous water resources development legislation.

In its newly released work plan for fiscal year 2017, the corps also allocated funds to start pre-construction engineering and design of deeper channels at Port Everglades, Florida, and the Sabine-Neches Waterway serving Port Arthur and Beaumont, Texas. In addition, the corps allocated $29.25 million to complete deepening the Delaware River channel from 40 feet to 45 feet.

Meanwhile, the Trump administration’s proposed fiscal 2018 budget has recommended $50 million in federal funds for continued deepening of Savannah’s 42-foot channel to 47 feet. Supporters of the project had hoped for additional funding in the fiscal 2017 budget but say current funds are sufficient to keep the project moving forward.

“In a budget crafted with many spending reductions, it is extremely reassuring to see that this administration realizes how important this project is not only to our area, but to the entire nation,” said Rep. Buddy Carter, R-Ga., whose district includes Savannah.

The administration’s 2018 budget is certain to undergo revision as it makes its way through Congress, but the priority it gives to corps infrastructure work is expected to give a leg up for projects such as Savannah’s. Walker noted that although many other agencies are targeted for cuts, an 8.5 percent increase is proposed for corps navigation projects.

US East Coast ports are racing to deepen their channels to handle larger ships that can transit the expanded Panama Canal. Adding urgency to the competition is the raising, by the end of June, of the Bayonne Bridge at the Port of New York and New Jersey to enable ships of up to 18,000 TEU. The bridge’s existing clearance has limited vessel sizes to under 10,000 TEU and has limited the size of ships calling at other East Coast ports.

Federal dredging funding follows a multistep process that starts with congressional authorization. After Congress funds the Corps of Engineers budget, the corps divvies up the funds among various projects.

Authorized projects often languish for years before receiving appropriations. There are now 14 coastal navigation channel improvement projects authorized by Congress at an estimated federal cost of $2.9 billion. Only three of those projects are under way.

The fiscal 2017 federal budget provided $1.934 billion for coastal and inland navigation projects. Congress later added more than $642 million of additional discretionary funds for the orps to use for navigation work.

Port Everglades will receive $2.8 million for engineering and design work on a proposed $337 million project to deepen its 42-foot channel to 48 feet and widen channels to enable cargo ships to safely pass docked cruise ships.

The Sabine-Neches project will receive $557,000 for engineering and design to deepen its 40-foot channel to 48 feet. The channel expansion will provide access by larger ships at one of the busiest US oil refining and petrochemical centers.

Ports with newly green-lighted projects praised the corps action. “The significance of this funding for the timeline of our deepening project cannot be overstated — it is tremendous news for Charleston,” said Jim Newsome, president and CEO of the South Carolina Ports Authority. “By the end of the decade, we will achieve 52 feet of depth and be the deepest harbor on the East Coast.”

At Savannah, dredges are already busy on a project to deepen a 41-mile stretch of the Savannah River and its Atlantic Ocean entrance channel to 47 feet. The project’s estimated completion date is January 2022 after work began 2015.

Georgia has raised $266 million for its share of the project, the estimated cost of which has risen 38 percent to $973 million, and state officials say they are prepared to provide additional funding to keep the project on track.