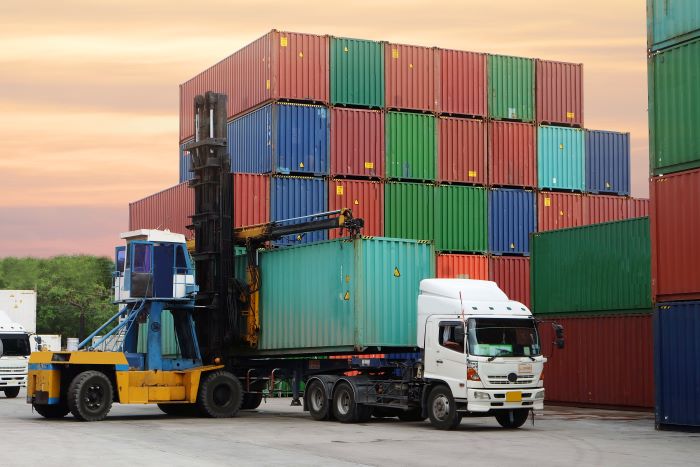 Agricultural shippers at their annual conference Wednesday said the chassis arrangements between intermodal equipment providers (IEPs) and ocean carriers saddle shippers and truckers with high costs and operational inefficiencies, while IEPs countered that they are simply attempting to achieve an adequate return on their assets in a capitalist economy.

The AgTC session highlighted a long-standing disagreement in the industry. On one side are the IEPs, which seek to maintain business arrangements they have with ocean carriers in arrangements known as carriage haulage. On the other side are beneficial cargo owners (BCOs) and the truckers who haul containers for them. They say truckers should be able to use any chassis at their disposal to move any container at ports and rail ramps, independent of contractual arrangements between ocean carriers and IEPs.

The three major IEPs who own the majority of chassis in the United States contend that trucker choice in fact exists throughout the transportation industry, although in cases of carrier haulage ocean carriers designate the chassis that must be used. Such arrangements operate under so-called “box rules,” and are a free-market mechanism that enhance productivity, said Ryan Houfek, chief commercial officer of Direct ChassisLink.

For example, TRAC Intermodal believes its proprietary pool, in which it owns and controls the chassis, “is our finest product,” said Jennifer Polli, president and CEO of TRAC. Quality is best served when IEPs such as TRAC or DCLI have direct control over fleet decisions including new orders, refurbishments, and maintenance and repair of existing units, executives of both companies said.

Trucking industry representatives countered that box rules saddle them, and the BCOs they serve, with huge costs. Tyler Rushforth, executive director of the Intermodal Carrier Conference of the American Trucking Associations (ATA), said that over the past three years, BCOs and their truckers who were engaged in merchant haulage moves were overcharged $1.8 billion, “because chassis providers were giving a better deal to carriers.”

The ATA quoted that number in a May 4 letter it sent to the Federal Maritime Commission (FMC), which has been asked to look into alleged chassis inequities at seaports. The ATA indicated at the time it might follow up with a formal complaint to the FMC if the parties do not get together to work out a solution to the merchant versus carrier haulage issue.

Peter Friedmann, executive director of AgTC, told the conference Wednesday the $1.8 billion reference in the ATA letter “has brought a lot of attention” in the shipping and intermodal industries over chassis disagreements.

Houfek noted that IEPs have invested millions of dollars in purchasing chassis and upgrading them with radial tires and other safety features, and they must achieve a return on their investment. “That is how capitalism works,” he said.

Some drayage providers have also indicated that the ATA doesn’t necessarily speak for them, with a source at one company saying that the right solution is for trucking companies to select which IEP to work with and for trucking companies to handle chassis invoices, replacing the exclusive deals between IEPs and ocean carriers or non-vessel operating common carriers (NVOs) with IEP-draymen agreements.

DCLI prefers to control the use of its own chassis, whenever possible, said Houfek, adding the ATA’s assertion that a gray chassis pool managed by a neutral third party is more “American” is misleading.

“We don’t need socialism,” Houfek said, adding that a forced gray pool is impractical, and trucker choice is not American. “The market system is the most American system.”  In some locations, such as Los Angeles-Long Beach, where the three IEPs got together to form a massive gray chassis pool, the system is working, but the Southern California model would not work in all areas of the country, Houfek said.

IEPs as well as BCOs and truckers agree there is no single chassis model that can cover all US ports and intermodal rail ramps because the landscape is so diverse. Polli noted that a solution that may be best for New York-New Jersey, where most of the chassis have been removed from the marine terminals, may not work in another seaport or at the rail hub in Memphis. She said TRAC participates in 14 chassis pools across the country, “each with its own dynamics.”

One example of how complex the chassis environment is was highlighted in the Southeast in which the ATA-backed North American Chassis Pool Cooperative (NACPC) would have administered a single pool with assets contributed by the IEPs. NACPC would have controlled billing and collected revenue from all ocean carriers and BCOs, but paid the IEPs a long-term lease payment. NACPC backed the idea as a true gray pool, but some IEPs countered that proposal actually limited choice by boiling down options to two: NACPC or a trucker-supplied chassis.

Pool of pools in LA-LB is working

Los Angeles-Long Beach, the largest US port complex with 12 container terminals and five intermodal rail ramps, is a unique and complex environment where chassis are concerned. Houfek noted it often happens that an inbound container that enters the port through one terminal ends up exiting the port through another terminal due to ocean carrier alliance arrangements. In Los Angeles-Long Beach, “the goal is interoperability,” he said.

Interoperability was also cited by Michael Symonanis, global director of the container logistics group at the cotton shipper Louis Dreyfus, as the key to ensuring sufficient assets and cutting down on unproductive chassis splits in Southern California. “All chassis in the region must be interoperable,” he said.

Symonanis suggested that interoperability of chassis could also help promote chassis availability and eliminate chassis splits in Memphis, which has experienced those problems the past two years.

“We support a single gray interoperable pool in the mid-South under a pool manager accountable for sufficient supply and quality chassis,” Symonanis said. “Choice is not part of the intermodal environment.”

TRAC and DCLI have balked at the idea of a single gray pool in the mid-South as destroying choice, just like NACPC tried to do in the Southeast, claiming the solution is better forecasting of future volume. Chassis splits, the IEPs argue, are a function of not always having depots next to one another in every location in Memphis, or drivers being directed to return empty containers to locations without depots.

As the debate concerning box rules, merchant haulage, carrier haulage, and gray pools rages on, the main result is not more fluidity in freight transportation, but rather a logistics environment that is becoming more complex and more costly, said James Ford-Hutchinson, director of sea freight at freight forwarder Flexport.