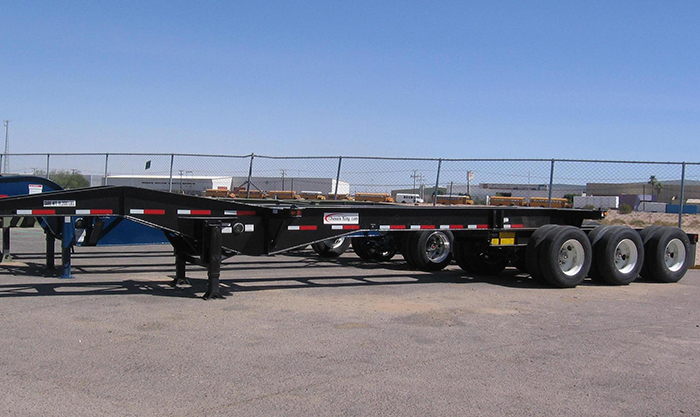 Terminal operators at the ports of Los Angeles and Long Beach have scrapped a proposed fee on chassis entering their facilities after a regulatory challenge from chassis lessors.

The organization representing marine terminal operators in Los Angeles-Long Beach said Tuesday it’s “shelving” its controversial plan to charge a $5 per-chassis service fee, but the individual terminals will negotiate directly with chassis-leasing companies on compensation for hosting their equipment.

PierPass Inc. President John Cushing, who represents the West Coast Marine Terminal Operating Agreement, said those individual negotiations are already underway. Member companies will most likely be seeking compensation for chassis storage, the use of longshore labor to stack and unstack chassis and reimbursement for electronic data interchange transmission of data on chassis usage, which the intermodal equipment providers use to bill customers. WCMTOA did not give an explanation for its change in tactics.

“WCMTOA’s member terminals affirm their right to seek compensation for the costly services they provide to chassis-leasing companies at the ports of Los Angeles and Long Beach,” the organization stated in a release. “It costs terminals more than $200,000 per acre per year to lease land from the ports, and the terminals each have many acres stacked with chassis.”

The $5 services fee, which the 13 container terminals intended to charge each time a chassis entered or left the facility, drew opposition from the IEPs, or intermodal equipment providers (Flexi-Van, Direct ContainerLink and TRAC Intermodal), since it was first proposed in July. WCMTOA first listed Aug. 1 as the implementation date, and then delayed implementation until Sept. 1 owing to backlash from the IEPs, the trucking community and shippers. A container line executive told JOC.com that he was against the fee because the carrier would have to eat the fees since shippers would refuse to pay them.

The IEPs on Aug. 9 filed a petition for an order to show cause with the Federal Maritime Commission, charging that the fee would violate the Shipping Act of 1984. The commission on Aug. 16 sought comments from interested parties to be filed by Friday. Although it has shelved its plan for the fee, WCMTOA said Tuesday it “intends to vigorously defend its response to the petition.”

The IEPs said that from the beginning any negotiations for compensation should be handled on a terminal-by-terminal basis because each facility is different in terms of how much land it reserves for container storage, its individual operating costs and requirements for how many chassis it needs on hand to run its business.

Harbor truckers have been involved in the issue as well because chassis availability and the location of chassis storage sites have a direct impact on their operations. “We appreciate the willingness of the terminals to work with the other stakeholders and not to move forward with this new fee,” said Weston LaBar, executive director of the Harbor Trucking Association.