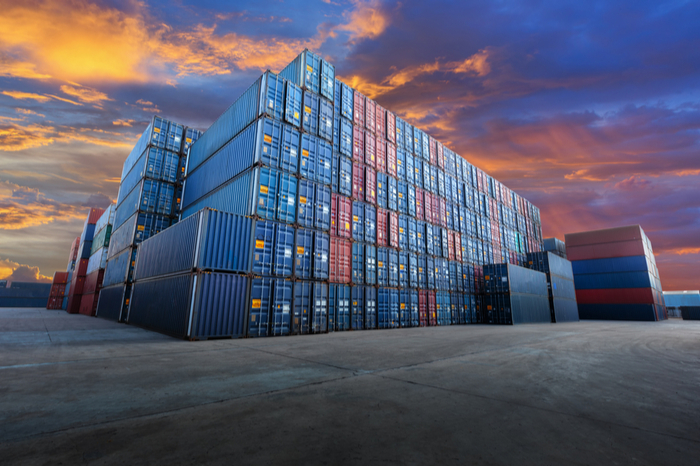 The move, which is unprecedented in that terminal operators always encourage shorter container dwell times at their facilities, is being taken to prevent a backlog of non-essential shipments from interfering with the expeditious movement of containers carrying essential goods needed during the coronavirus disease 2019 (COVID-19) crisis.

“This should be a last resort for a terminal — to increase dwell,” Jeremy Ford, chief commercial officer, North America, at APM Terminals, told JOC.com Wednesday.

Ports and terminal operators on the West, East, and Gulf coasts are implementing container storage programs because they anticipate a short but intense spike in imports beginning in two to three weeks, first to the West Coast and then to the East Coast, followed by a sharp drop-off in import volumes. Carriers have signaled that import volumes could drop beginning in late May by announcing blank sailings continuing into mid-June.

During the surge, retailers fear that their import warehouses will be overwhelmed by containers carrying non-essential merchandise that could be forced to sit idle for 30 days or longer until the goods are needed at the stores. In order to prevent warehouse backlogs from having a knock-on impact back to the ports, terminal operators are freeing up unused acreage at their facilities for containers carrying non-essential cargoes. Ports and terminals say they will quote a storage fee for use of their space.

APM Terminals, for example, announced on Monday an on-terminal container storage program targeting shipments of non-essential merchandise that would otherwise have to sit idle in warehouses for 30 days or longer. APM is linking this initiative with its previously announced “COVID-19 priority critical cargo program” that begins with the loading of vessels in Asia. Under that program, COVID-19 test kits, ventilators, personal protective equipment, and other medical necessities are block-stowed on vessels so the containers will be among the first unloaded upon vessel arrival in the United States.

Other ports and terminal operators with plans to offer storage space for containers that will not move immediately into the overland transportation network include the South Carolina Ports Authority, Georgia Ports Authority, Virginia Port Authority, Fenix Marine Services, and Yusen Terminals.

Dan Smith, a principal at the Tioga Group, which advises clients on terminal operational issues, said the willingness of operators to quickly respond to anticipated challenges and offer new, creative solutions is a good sign for the industry.

“Not all cargo is the same,” Smith said. “I would like to see more creativity going forward.”

APM’s fee-based program is being rolled out at its terminals in Los Angeles; New York-New Jersey; Mobile, Alabama; Miami; and Lázaro Cárdenas, Mexico. Because shipping lines, not terminals, have direct business relationships with beneficial cargo owners (BCOs), APM will deal directly with the shipping lines. The storage space is being offered to all carriers, not just to Maersk Line and Mediterranean Shipping Co., whose vessels call at its facilities, Ford said.

While the storage product is geared for carriers, Maersk also offers services to cargo owners that allows them to have their containers trucked off marine terminals and stored elsewhere to mitigate demurrage charges.

“We are relentlessly focusing on the safety of our people and our labor force. We’ve had tremendous cooperation and leadership from the ILA and ILWU,” he said.

An APM release on Monday stated that ocean customers wishing to participate in its program can prepay for 30 days of storage within four days of the vessel arrival. They can pick up containers anytime during the 30-day period. However, there is no refund for the unused amount, APM stated.

Storage freed up at a number of ports

Port and terminal managers say although the need for extra storage space is not immediate, it is important that terminals be ready for the spike in imports they feel confident will occur in May and June.

The Georgia Ports Authority is preparing for this eventuality. “There’s been a couple of folks that have let us know they’re going to need some storage, and we’re working with them,” said GPA executive director Griff Lynch. “We want our customers to have places to bring their cargo, and it looks like they’re good to go right now.”

Fenix Marine Services, which operates the Pier 300 terminal in Los Angeles, has property adjacent to its facility that is immediately ready to accept containers. “Nobody is feeling the pressure just yet, but give it a couple of weeks,” said Fenix CEO Sean Pierce.

Pierce anticipates that trans-Pacific carriers may still need space for the storage of empty containers, but Fenix is also speaking with BCOs who may develop a need for storing import containers. “We want to plan it out ahead of time,” he said.

Yusen Terminals in Los Angeles for the past few weeks has made some acreage available for the storage of empties. Less than 50 percent of the space was used because carriers upsized some vessels in their Pacific Southwest services to vacate the empties that had built up in the region during the pre-Lunar New Year spike in imports.

Alan McCorkle, CEO of Yusen Terminals in Los Angeles, said the terminal is now preparing to shift gears to prepare for a surge in laden import containers. “We’re discussing our options and putting together a plan,” he said.