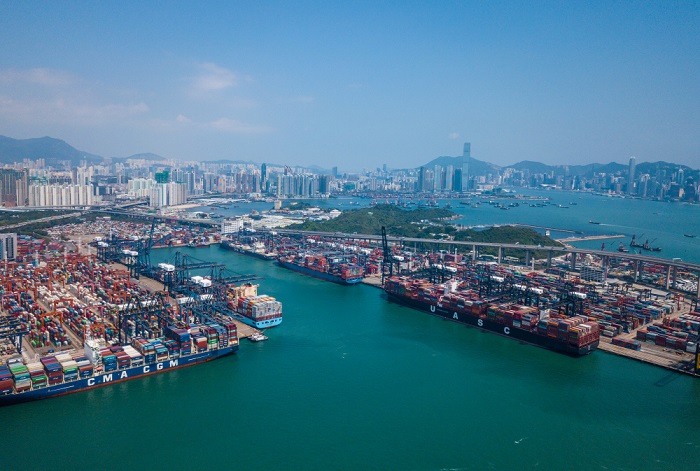 Shippers moving goods through the port of Hong Kong may see better service from efficiency gains promised through an alliance of four of the five marine terminals, but they shouldn’t expect a break in handling costs.

But while the envisioned efficiencies of the alliance may help Hong Kong blunt its steady loss of cargo to southern Chinese ports and transshipment hub rivals, shippers shouldn’t expect lower handling charges, according to Janel Group, a Hong Kong-based logistics provider.

“The move is really good for the stakeholders of the seaport alliance itself as they are able to optimize their operations by coordinating resources to reduce cost and improve operational efficiency,” he said. “However, the ultimate savings and improvement of operation efficiency will not be passed along to the final users — the shippers.”

Rather than cutting charges, “carriers have been trying to impose separately charged items during the last decade to increase their revenue. Recent low-sulfur surcharges are just one of the items,” Tsui, a past chairman of the Hong Kong Association of Freight Forwarding & Logistics, added.

“Therefore, you will only see more and more additional charges levied on shippers and a reduction in terminal handling charges can only be in our dreams,” Tsui said.

Tsui’s views were echoed by shipping consultant Captain Igal Dafni who doubted cost savings would be passed on to shippers.

“The [Hong Kong] terminal alliance was an obvious move to counter increased competition from nearby mainland ports by making them more competitive. It follows the same basic idea that shipping alliances followed when they started,” Dafni told JOC.com.

Dafni said the benefits to lines are shortened port time and increased crane efficiency; the benefit to the terminals are better utilization of assets and less inter-terminal trucking — something that became a big problem when lines established their alliances and each used a different terminal. All of the aforementioned will save money, he said.

“We should expect [in the] short term there should be a gain in operational efficiency that should have several benefits, whilst long term we will count on the anti-competition commission to ensure competition amongst terminals will not be compromised,” said a regional head of one container line.

The executive added that short-term benefits should be better resource yard and berth planning to minimize inter-terminal transfers that cost ocean carriers money; and a single data and management platform that should improve planning synergy, resulting in better productivity, especially when dealing with transshipment.

OOCL spokesperson Stephen Ng, added, “The [Hong Kong] Seaport Alliance is very new to Hong Kong, so we are still unsure of its long-term impact on the industry here and will continue to observe with interest on the [Hong Kong] Competition Commission's findings on this alliance arrangement.

Dafni, who was previously Asian regional president at Zim Integrated Shipping Services and managing director and chief executive of Taiwan's CNC Navigation, said the terminal alliance has indicated that revenue will be split among the four partners, in accordance with their asset contribution.

“This implies they are targeting a unified tariff which will allow them better negotiation advantage with the shipping alliances. This might raise concerns of a cartel which the Hong Kong government is looking into,” Dafni said.

Hong Kong’s Competition Commission said it has launched an investigation “as a matter of priority” into the impact of the Hong Kong Seaport Alliance, which “will jointly operate and manage their 23 berths across eight terminals at Kwai Tsing.”

The focus of the probe is whether the agreement contravenes Hong Kong’s competition laws “by preventing, restricting, or distorting competition in Hong Kong.” The commission is urging those who are concerned about the alliance to contact the commission.

The Hong Kong Shippers’ Council (HKSC) has already expressed its “deep concern” over the negative impact on competition from the formation of the alliance.

HKSC chairman Willy Lin Sun-mo pointed out that while some container lines have reduced their THCs for import and export shipments through mainland Chinese ports, charges in Hong Kong keep increasing.

“Hong Kong shippers are still paying the highest THCs in the world. Hong Kong shippers can hardly see any justification for documentation fees of over HK$600 [$77], the HK$135 depot fee, and many other ridiculous charges,” said Lin, who is also managing director of Milo's Knitwear International.

“It is necessary to ensure that benefits from productivity improvements are passed down to shippers and that cost of shipping through Hong Kong is lowered. Shippers will always make their routing decisions based on total shipping costs,” Lin added.

How to Improve OTIF: 15 Tips for On Time and In Full Delivery
END_OF_DOCUMENT_TOKEN_TO_BE_REPLACED