Speculation mounts on US allowing Cosco takeover of LB terminal

Speculation mounts on US allowing Cosco takeover of LB terminal 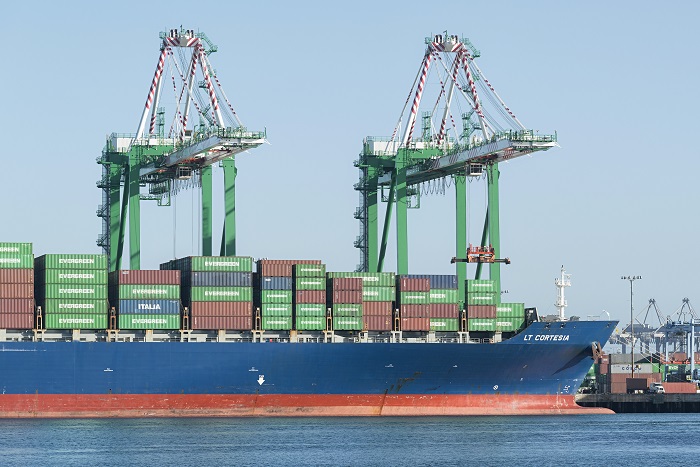 The merged Cosco-OOCL would be the second-largest carrier serving the US trades. Above: the Port of Long Beach. Photo credit: Shutterstock.com.

Amid an escalation in trade tensions between the United States and China, speculation is mounting about why US regulators have not yet approved Cosco Shipping’s takeover of a Long Beach terminal through its acquisition of OOCL.

Shares of OOCL’s parent Orient Overseas (International) Ltd. ended trading at a 12 percent discount on Tuesday to Cosco’s offer price of $63 billion, reflecting investors’ concern that the Committee on Foreign Investment in the United States (CFIUS) might block the deal, according to Alphaliner.

Confirming to Alphaliner that it is discussing US terminal assets with CFIUS officials, Cosco, a China government-backed carrier, said it is confident the deal will pass US review and that the deal’s June 30 deadline will be met. The deal has been approved by the European Union, passed the US Hart-Scott-Rodino antitrust review and a review by Cosco shareholders, but still needs approval from two Chinese regulators. Currrently, Cosco owns a 46 percent stake in the Pier J Terminal (PCT) in Long Beach and a 100 percent stake in Pier 100-102 West Basin Container Terminal (WBCT) in Los Angeles.

Cosco’s lease at PCT, which is jointly owned with SSA (44 percent) and CMA CGM (10 percent), is due to expire in 2022. The lease at WBCT is believed to expire in 2038m, according to Alphaliner. The WBCT lease was acquired by Cosco in 2016 from China Shipping Container Lines.

Rising trade tension between the United States and China, along with fresh memories of how US politics discouraged DP World’s takeover of six US terminals, is sparking questions, nonetheless.

On March 12, the Trump administration blocked Singapore-based chipmaker Broadcom’s attempt to buy Qualcomm, the largest US mobile chipmaker, citing security issues tied to the United States’ ability to build a 5G network while China pursues the same goal. And although both sides pledged to negotiate and rhetoric has eased in the last week, US tariffs on $50 billion of imports from China and Chinese retaliation threaten roughly 887,000 TEU, or 6.6 percent of the total US container trade with China and 2.5 percent of total US container volume, according to an analysis of data from PIERS, a sister product of JOC.com.

Merged Cosco-OOCL would be second-biggest in US trades

The merged Cosco-OOCL would be the second-largest carrier serving the US trades, with an 11.8 percent market share and the largest carrier moving imports from Asia to the United States, with a 17.3 percent share, according to 2017 PIERS data. The two carriers combined compound annual growth rate over the last five years was 12.2 percent — the fastest rate of growth among the Top 10 carriers in the trade.

Cosco’s management team said the carrier planned to reduce its capacity deployed on the trans-Pacific from 23 percent to 19 percent this year.

Following pushback from US Congress over port security issues, United Arab Emirates (UAE)-based terminal operator DP World spun out the operating leases at six US ports it gained through its acquisition of UK-based P&O Ports. UAE-based Gulftainer gained a 35-year terminal lease at the Port of Canaveral, Florida, in 2015, despite some local pushback and US Rep. Duncan Hunter, R-Calif., requesting the then-Obama administration to scrutinize the deal for security implications. Hunter chairs the House subcommittee overseeing port security, was an early House President Donald Trump supporter, and urged the blocking of Broadcom’s acquisition of Qualcomm.