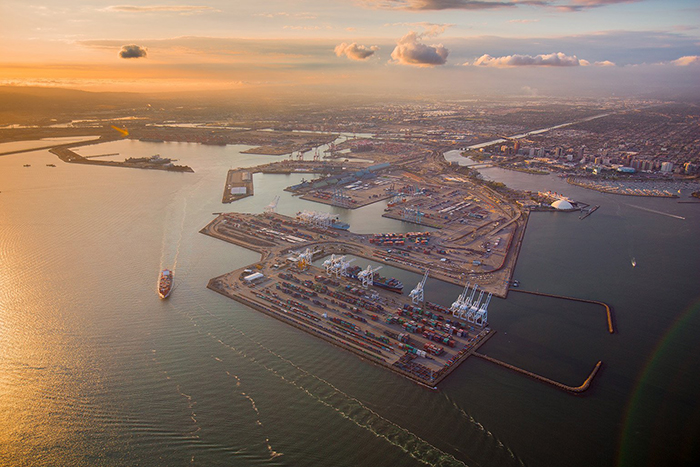 The debate over how the extended gates program at the ports of Los Angeles and Long Beach should evolve will continue in the coming months.

Truckers and beneficial cargo owners in Southern California say they would support night gates more in Los Angeles-Long Beach if the gates were more efficient and terminal operators always devoted sufficient resources to processing trucks in and out of their facilities.

Weston LaBar, the executive director of the Harbor Trucking Association, said the reluctance hinges on an ongoing disagreement — terminal operators say misunderstanding — as to how longshore labor is deployed in the largest US port complex.

PierPass Inc, which was formed 10 years ago to manage the longest-running extended-gates program at a US port, unwittingly opened up a can of worms on Dec. 8 when it held a workshop for about 70 BCOs, truckers, and other stakeholders to discuss options for improving the basic structure of operating night and weekend gates, and collecting a traffic mitigation fee to support the costly program. Although two major improvements were discussed, attendees were disappointed that gate efficiency and transparency in the collection and disbursement of TMF revenue were not stressed.

Weston LaBar, HTA executive director, said the issue boils down to transparency. The 13 container terminals in Los Angeles-Long Beach determine how much it costs them for labor and equipment to operate five extended gates each week. PierPass Inc. calculates how much money is generated by the TMF, and it publishes that information on its website. Truckers and BCOs suspect, but have no hard evidence, that terminals calculate a higher percentage of labor and equipment costs being deployed to servicing trucks, as opposed to vessel and rail operations, than is actually the case.

“It’s a lack of transparency,” LaBar said, adding that has been the focus of Federal Maritime Commission inquiries into PierPass operations. A transparent accounting of what percentage of the TMF funds are used specifically to process trucks would generate greater confidence in PierPass and extended gates, he said. “That’s the spirit of the program,” LaBar said.

The distrust of PierPass is fanned by assertions from some BCOs and truckers that terminals shut their night gates early and send the workers home, or redeploy labor to vessel or rail operations. Terminal operators say they devote as many resources as are needed to process truckers into and out of their facilities. When truck traffic drops off late in the 6 p.m. to 3 a.m. night shift, as it frequently does, terminals shift labor as needed to work in other areas of the facilities.

“There is so much work that needs to be done,” said Ed DeNike, chief operating officer at SSA Marine. Since longshoremen are paid to work the entire shift, it would be foolish not to redeploy labor elsewhere in the terminal where it is needed, he said. “SSA will not send anyone home early,” he said.

After the Dec. 8 workshop in Long Beach, PierPass President John Cushing said the advisory committee will consider two options to improve the extended-gates regime. The committee will look at shifting from a fee charged only on daytime container moves to a lower, flat fee charged on all laden container moves both day and night, and a portwide peel-off program in which truckers would arrive at the terminals and take delivery of the first container that is available rather than waiting in line for a specific box destined for a specific BCO.

Although truckers and BCOs agreed that the study of those options should continue, they also complained that the workshop would have been more fruitful if PierPass had solicited input on how the night gates operate. “The night gate in its current form is very dysfunctional,” said Steve Hughes, vice president supplier development, government affairs and logistics at Centric Parts, which imports parts for the automobile industry.

Hughes cited several BCO complaints, including a charge that terminals shut their gates early if truck traffic is light, “moving crews to ship-to-shore operations,” truck bunching outside the gates before the 6 p.m. shift begins, and congestion within the terminals due to poorer service at night. “In our case, after having used the night gate exclusively for 8-plus years, we’ve been forced to move all of our cargo during the day and pay a traffic mitigation fee for a service we can no longer use to our advantage,” he said.

In subsequent discussions, when asked to cite how many of the 13 terminals regularly close their night gates before 3 a.m. and send the workers home early, truckers and BCOs identified two, and possibly a third terminal doing so under special circumstances. “That’s hardly an indictment of PierPass,” Cushing said.

Both truckers and terminal operators say widespread implementation of portwide trucker appointment systems, a plan that is well underway and should be completed in 2017, could go a long way toward helping terminals plan their labor and equipment needs at the gates each day while ensuring truckers that when they show up for a night reservation they will be efficiently processed.

However, as ports across the country are discovering when they look into the issue as a tool for reducing harbor congestion, trucker appointment or reservation systems are quite complex to establish and to operate day in and day out in the fluid harbor environment. The problem begins with poor sharing of shipment information among members of the supply chain.

“Yes, appointment systems can help, but in LA-Long Beach, there is no current or imminent integration between systems that will allow for delays and problems at one terminal affecting another. The systems do not talk to each other,” said George Boyle, president and CEO of Quik Pick Express and president of the HTA.

Also, a continuing problem with chassis shortages and dislocations at marine terminals, which neither the terminals nor truckers have control over, can turn a smoothly-run appointment system into a nightmare for individual truckers. If the drivers show up on time at the terminal and are quickly processed into the facility, but chassis are not available, truckers can and in fact have reported waiting for hours for the right equipment to arrive.

Fred Johring, the president of Golden State Express/Logistics and HTA chairman, said any appointment system must consider chassis demand and availability. “We have suggested the appointment systems be paired with a ‘lodging’ of empty containers to be terminated. The lodging of the empty would verify the empty could be returned to that terminal...that would give the terminal a way to predict chassis availability,” he said.

Terminal operators, while emphasizing the critical role that chassis availability plays in terminal and trucker efficiency, said truckers must also do their part by trying to keep to appointment windows, and certainly by avoiding the dreaded “no show” that plagues the terminals. One terminal operator that closely tracks trucker appointments calculated that on one day in December, 23.5 percent of the more than 1,000 calls involved no-shows by truckers and 10 percent were late calls. The incidence of missed calls was greatest in the late night and early morning hours.

The HTA, which tracks truck visit times at all of the terminals, says the gathering of all metrics that involve trucker and terminal efficiency, and the calculation of terminal costs involved in running the extended gates, must be shared with the entire port community. “That’s where the audit comes into play,” LaBar said. A neutral third-party audit of the cost that terminals incur in processing trucks, as requested by the FMC, will result in the transparency necessary to form the basis of a port-wide effort to improve the efficiency of night gates, he said.

UP, BNSF blame shippers for rail container buildup in LA

New House legislation would entice carriers to haul US exports

How to Improve OTIF: 15 Tips for On Time and In Full Delivery
END_OF_DOCUMENT_TOKEN_TO_BE_REPLACED