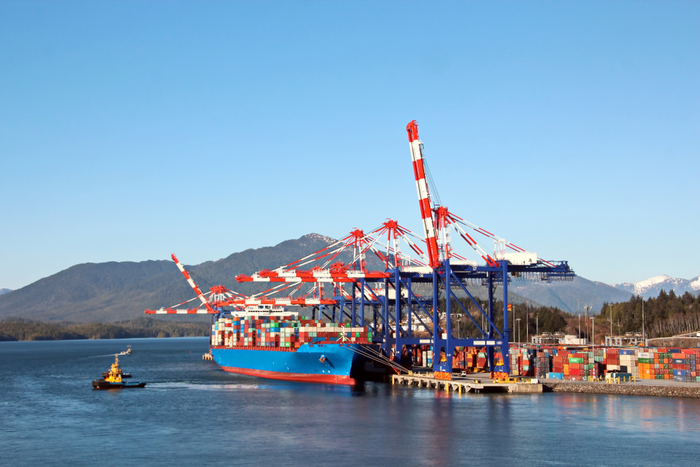 Prince Rupert will expand the capacity of the Fairview container terminal to 1.6 million TEU and later to 1.8 million TEU. Photo credit: Shutterstock.com.

The Port of Prince Rupert in British Columbia has received final regulatory approval required for DP World to expand the Fairview container terminal to an annual capacity of 1.6 million TEU, up from the current 1.35 million TEU.

Brian Friesen, Prince Rupert’s vice-president of trade development and communications, said the project is expected to be completed in late 2021 or early 2022. A second expansion project to boost Fairview’s capacity to 1.8 million TEU is planned for late 2022, he said. The projects include an expanded container yard, additional on-dock rail capacity, and the purchase of an eighth gantry crane.

Prince Rupert’s container volume in January–May this year was 307,333 TEU, down 6.3 percent from the same period last year, according to PIERS, a JOC.com sister company within IHS Markit, as North American ports lost volume amid COVID-19 demand destruction. The port handled 1.2 million TEU in 2019, one year after it surpassed 1 million TEU.

In order to accommodate growing container volumes, the Canadian ports must expand their marine terminal capacity and road and rail infrastructure through short- and medium-term capital investment projects. The ports are operating at 80–85 utilization. The Northwest Seaport Alliance, by contrast, is operating at about 60 percent utilization.

In the longer term, Prince Rupert and Vancouver have projects on the drawing board to build new terminals, each with a capacity of 2 million TEU.

Global Shipping Outlook: A Sneak Peek at 2021
Port Performance North America: Managing Cargo Flow During a Pandemic — and Beyond
END_OF_DOCUMENT_TOKEN_TO_BE_REPLACED