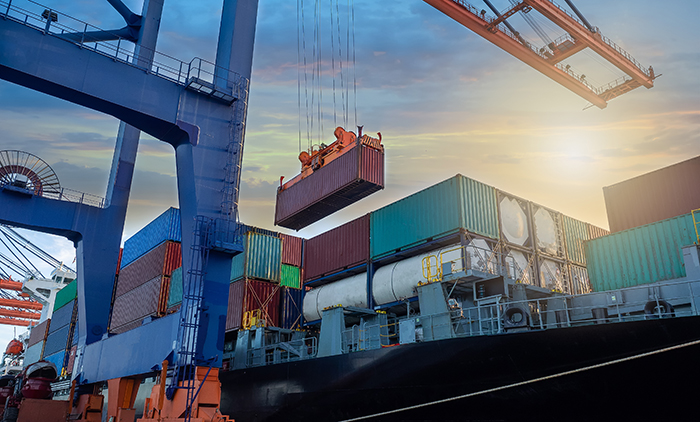 The Octopi terminal operating system (TOS) is aimed primarily at terminals with annual handling volumes of 100,000 TEU and below. Photo credit: Shutterstock.com.

Miami-based Octopi, founded in 2015 by CEO Luc Castera, was built to serve container terminals in ports and terminals that needed systems that were less burdensome to implement than the traditional leaders in the market, including Oakland-based Navis, whose products are deployed in more than 250 container terminals globally, most prominently through its flagship N4 product.

The acquisition could have a significant impact on shippers globally if Navis’s name recognition and marketing prowess enable Octopi to be deployed in smaller terminals around the world. That would create a network of terminals connected through a common cloud-based platform that would have the potential to be better managed and allow for better aggregation and dissemination of data.

Octopi has 11 clients on five continents, with seven fully implemented deployments in smaller container and mixed-use terminals, the company told JOC.com. Among its clients are King Ocean Shipping Line, Barbados Port, and CMA CGM/APL. It has clients in the US, Brazil, the Caribbean, Australia, and Africa.

“Navis is better positioned to support thousands of smaller terminals around the world that are eager to modernize terminal operations, yet lack the technology infrastructure and technical expertise required to support a full-scale N4 deployment,” Navis, which is owned by Finland-based Cargotec Corp., said in a statement.

For Navis, the purchase is as much about acquiring Octopi’s tech as it is the company’s market share, if not more so.

Navis called Octopi “a modern and lightweight cloud-based TOS” and said the acquisition will help it target container and mixed cargo terminals with throughputs around 100,000 TEU per year and below. Much like Navis’s N4 system, the Octopi TOS enables marine terminal operators to manage vessel planning and yard management operations, track cargo, and communicate in real-time with shipping lines. Octopi is cheaper to implement and browser based, but it has yet to prove it can handle the demands of a high-volume terminal.

“Our customers told us they needed a lighter-weight TOS solution to improve the planning and execution of operations for their smaller terminals and easily connect to the supply chain ecosystem,” Navis president Benoit de la Tour said in a statement. “Navis is heeding the call for more deployment options for both standalone small terminals and those smaller or remote terminals that are part of a larger global terminal operator network.”

In theory, the acquisition should lead to greater proliferation of in-terminal technology at smaller facilities that have largely relied on more manual processes such as email and spreadsheets to manage operations. Octopi, as a startup, lacked the marketing and sales reach that an established brand such as Navis had already built over decades of operation and struggled to grow as a result.

“We believe that the combination of the Octopi technology with Navis’ market leadership and brand strength will accelerate our growth,” Castera said.

The N4 system is currently only deployed on premise, but global terminal operator International Container Terminal Services, Inc. (ICTSI) tied up a deal with Navis in early February to “focus on moving [its] products forward into the cloud,” and the deal for Octopi can be seen as a step toward accelerating the development of such products.

Octopi will continue to operate out of its Miami headquarters under the direction of Castera.

Actually the Navis N4 TOS has

Permalink Submitted by chuck.schneider... on Mar 11, 2019 6:24AM EDT
Actually the Navis N4 TOS has been deployed in a cloud environment by Steveco Vuosaari (Helsinki) and Steveco Mussalo (Kotka). These deployments were back in 2017.
Technology›Logistics Technology Providers›Navis
Technology