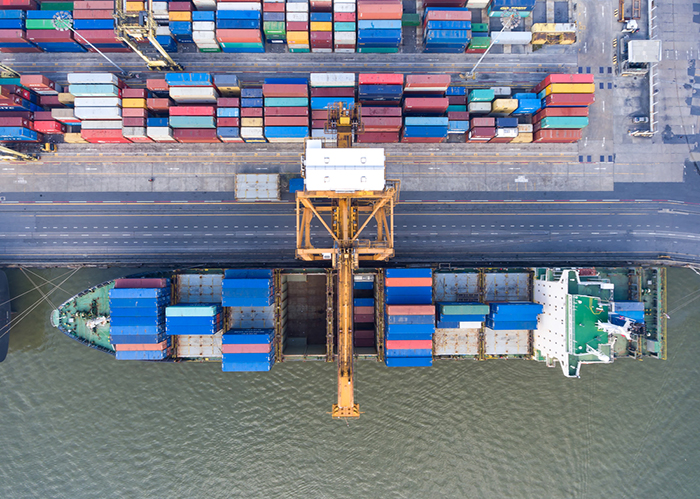 Aggressive contracting strategies by container lines may cut into port profits and make them reluctant to invest in the assets and technology needed to handle larger ships and future growth.

Should shipping lines secure rates that eat far enough into terminal operator profits that the operators refuse to make future investments, there could be long-term implications for port productivity worldwide.

“Shipping lines need to be careful how they play the situation,” says Neil Davidson, senior ports and terminals analyst at the London-based consultant.

“If the returns from investing in and operating terminals fall too far, or the risks become too high — or both — then terminal operators may simply stop investing.”

The financial results of listed port and terminal operators reveal a weakness in organic earnings amid escalating debt levels, reflected in a 10 percent slump in Drewry’s Port Index, a market-weighted assessment of share price performance of the top listed operators, in the last quarter.

“Resisting downward pressure on terminal handling prices will be challenging, but not impossible, as much depends on local market conditions and the extent of choice for ever-larger ships and alliances,” Drewry said.

Terminal operators can take active steps to “find a way out of the storm” by focusing on organic growth hotspots such as South Asia and the Middle East, or buying market share through acquisitions. Some, such as DP World, have made a focus on gateways core to their growth strategies rather than the fickle international transshipment market.

Drewry has previously said terminals are “clearly shying away” from greenfield investments but are actively engaged in mergers, acquisitions, and joint ventures.

South Asia is set to be a “star performer” in relative terms, Drewry said, as its manufacturing industry is likely to take on some of the activity previously carried out in China.

Additionally, major infrastructure projects in the Middle East are expected to resume after a hiatus triggered by the low oil price.

But many companies still face a challenging future amid rising costs, pricing pressure, and increasing risks “after years of plenty.” While in the eight years prior to the global recession of 2008 and 2009 the global container trade grew at four times the rate of global GDP growth, that multiple since 2010 has been 1.1 percent, according to shipowner association Bimco.

Terminal operators also will have to live with increases of between 10 percent and 20 percent in operating expenditure and capital expenditure due to bigger ships, according to Davidson.

“Risk is also increasing due to larger alliances, but also because horse trading on port choices between alliance members means that decision making is not necessarily logical.”