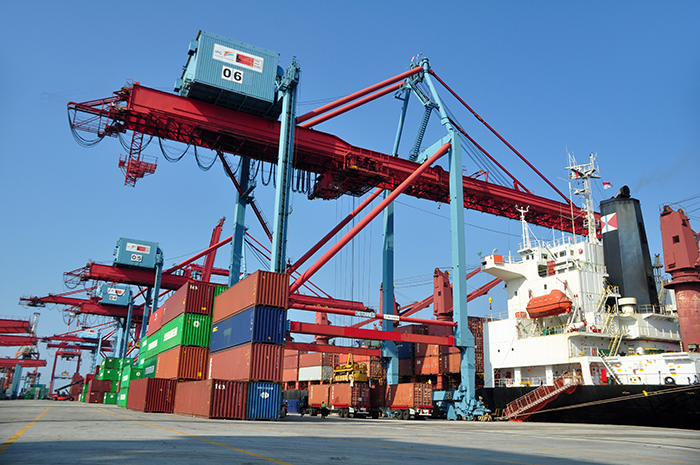 The government's efforts to cut logistics costs have led to a dramatic reduction in dwell times at Tanjung Priok, Indonesia's largest container gateway.

The government of Indonesia is targeting a reduction in handling costs faced by beneficial cargo owners (BCOs) at its major ports with a particular focus on reducing terminal handling charges (THCs).

The move is seen as another step in an ongoing campaign to reform the country's port and shipping network in order to reduce logistics costs as a percentage of GDP and win back Indonesia-related throughput that is currently handled by Singapore. The campaign is supported at the highest levels of government.

State-owned port operator Pelindo II has been asked to prepare a detailed breakdown of handling costs at terminals with a view to finding ways that they can be reduced, said Coordinating Minister for Maritime Affairs Luhut Binsar Panjaitan.

"We agreed to open the cost structures at the port and look at them one by one to see what can be reduced,” Luhut told journalists following a meeting with senior officials from the ministry of transportation and Pelindo II.

There would be a focus on reducing THCs which can account for up to one third of total cargo-handling costs at port facilities such as Tanjung Perak and Makassar port in South Sulawesi, the minister said.

“It is quite expensive, what is it for?”

The focus on cost reduction comes in the wake of what is seen domestically as an increasingly successful campaign to reduce lengthy cargo dwell times at the country’s major ports, a campaign that is personally led by President Joko Widodo.

Dwell times at Indonesia’s main container handling facility, Tanjung Priok in Jakarta, are said to be down to 3.5 days compared with more than one week previously. However, dwell times remain high in more remote regions and operators continue to come under government pressure to bring them down.

The government says the reduction in dwell times at Priok was achieved by simplifying handling and documentation procedures, improving operational efficiency, and reducing or eliminating illegal practices such as informal payments.

Widodo said continued infrastructure and operational improvements at Priok would entice larger vessels to call directly at the port instead of the need for containers to transit at Singapore.

Speaking at the opening of a new 7.1-mile access road to the port, the president said the day was coming when it would be less expensive to ship directly to Indonesian ports.

“The flows of goods could be much faster via Tanjung Priok, which would make transit in Singapore no longer needed.”

After beginning in 2003, work on the access road connected to the Jakarta outer-ring road was delayed for five years due to difficulty clearing land and a construction error. Trucks on the newly opened link are expected to carry around 3,600 containers per day.