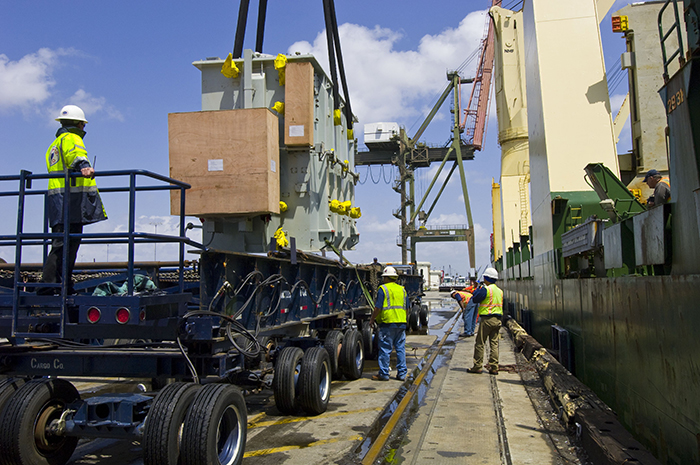 Arbitration is next for the Pasha Group and ILWU.

An arbitration panel’s hearing of testimony Wednesday from the International Longshore and Warehouse Union (ILWU) and the Pacific Maritime Association (PMA) on whether a recent ILWU picket line was legal is the latest sign of mounting tension as the union organizes management supervisors at Southern California marine terminals.

The immediate issue is whether a recent ILWU picket line at the Pasha Stevedoring and Terminals facility in Los Angeles last week was legal, but the broader development is that formerly management supervisors at Pasha voted this summer to join the ILWU. Those supervisors, represented by ILWU Local 63, are now negotiating a contract that could become the first contractual agreement to be reached under the union’s campaign to organize management-appointed supervisors in Los Angeles-Long Beach.

This is significant because ILWU Local 63 is attempting to organize supervisors at five terminals, ending a long-standing practice of direct supervision of ILWU dockworkers by management personnel. While the Pasha contract will apply only to that facility, it could become a template that the union would turn to as it organizes supervisors at other terminals. Pasha and APL/Eagle Marine are the only two terminals so far where contract negotiations are underway between the employers and Local 63. The union is also attempting to organize supervisors at California United Terminals, Ports America Group/ITS, and Everport.

ILWU dockworkers last week refused to cross the ILWU pickets. Pasha charged that the pickets were illegal, and that claim was upheld by the local arbitrator. Pasha refused to pay the longshoremen for the hours they did not work while the arbitrator was deciding the matter. Work slowdowns at Pasha allegedly ensued. The ILWU and Pasha declined to comment on the incident.

The next step in the process is for a three-person panel — one appointed by the ILWU, one by the PMA, and the third a professional arbitrator — to receive testimony on Monday, said PMA president Jim McKenna. The PMA, which represents all West Coast employers in negotiations for the ILWU-PMA coastwide contract, is not involved in the Pasha negotiations because the contract involves a single employer. However, when pickets were erected last week, the arbitration process contained in the ILWU-PMA coastwide contract kicked in.

When the Pasha contract is finalized, it will apply only to supervisors at that facility. It will not be part of the coast-wide contract between the ILWU and the PMA that is negotiated every three or six years. The current contract was recently extended to July 1, 2022. The PMA and the ILWU could vote to include it in the coastwide contract, but employers would most likely not vote to do so.

Employers are concerned that if supervisors become members of the union, management influence at each terminal will be greatly diminished. There are already ILWU supervisors known as walking bosses, who oversee the general longshoremen, and supercargoes, who supervise the marine clerks. The management supervisors oversee the ILWU walking bosses and supercargoes, but if they are unionized, the entire supervisory level at each terminal will be ILWU.

The union said the real issue at stake, from its perspective, is that technology has created and continues to create a number of positions that employers are taking control of. ILWU International vice president Ray Familathe told JOC.com that work being performed by management supervisors belongs to the union.

Now that the former management supervisors at Pasha voted to join ILWU Local 63, a contract must be negotiated. The PMA and the ILWU are keenly interested in this first-ever supervisor contract because it will set the tone for the largest US port complex. A similar development took place 15 years ago as the ILWU Office Clerical Unit succeeded in organizing office workers at marine terminals and shipping lines. Although contracts remain separate and include certain features unique to each terminal, the early contracts established a template for the major elements of the OCU contracts.