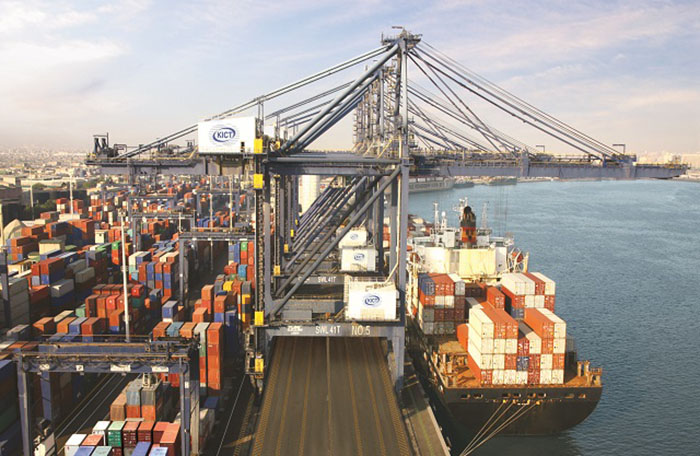 The long-awaited first phase of the Pakistan Deep Water Container Port, which will help fight congestion at the port of Karachi, has begun trial operations ahead of an official inauguration.

The project was awarded to HPH in 2007 on a 25-year operating concession, renewable for an additional 25 years. When fully complete, the port will have four container berths with a total quay of 1,500 meters (4,921 feet), a draft of 18 meters, 210 acres of yard space, and modern service equipment, including 12 quay cranes and 52 rubber-tire gantry cranes, providing an annual capacity of 3.1 million TEUs.

The terminal had its first call last month with the APL Japan followed by the MSC Lucy Jan. 17.

The first phase comprising two berths originally had a 2011 opening, but has been pushed back repeatedly because of delays tied to construction of hinterland access roads and dredging.

The project, located at the estuary of the Keamari Groyne basin, east of the current Karachi harbor, is HPH’s second terminal concession in the South Asian nation. The global operator’s existing terminal — Karachi International Container Terminal — began operations in 1998 and handles about 1 million of the 2.5 million TEUs that pass through Pakistan’s ports annually.

Authorities have yet to announce an official opening date for the country’s deepest harbor. JOC.com's efforts to reach HPH officials in Karachi and Hong Kong for an update were unsuccessful.

With a deep draft and advanced operating systems, SAPT will be in a position to compete with new transshipment hubs currently under construction and in the pipeline in India.

India is pumping billions into infrastructure development, with a heavy focus on port modernization that includes construction of a dedicated deep-sea, greenfield container hub at Enayam near Colachel in Tamil Nadu, to recapture domestic cargo transshipped at foreign ports.

Canada Trade and Shipping Outlook
TPM22: What We Learned — Container Shipping in the Crosshairs
Managing E-Commerce From Order to Delivery and Beyond
END_OF_DOCUMENT_TOKEN_TO_BE_REPLACED