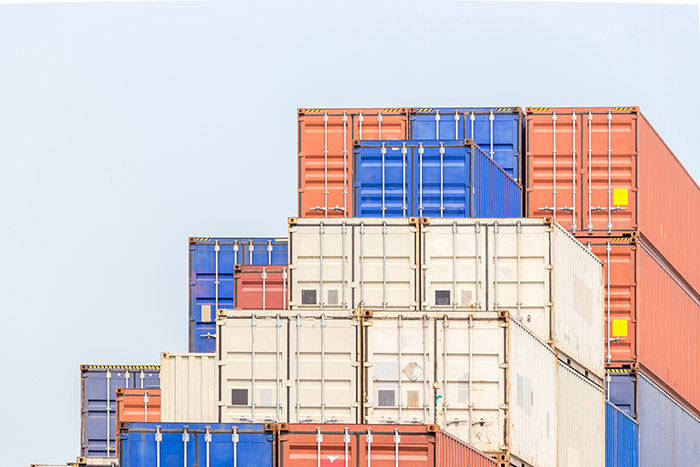 Containers make up about 15 percent of the cargo mix at Chernomorsk. Photo credit: Shutterstock

Hutchison Ports is poised to establish itself in the Black Sea for the first time as the company also expands its footprint in the Gulf.

The Hong Kong-based company has signed a preliminary agreement with the Ukrainian government to invest in and develop the Chernomorsk port for the next 49 years.

Chernomorsk is one of the largest Ukrainian ports in terms of annual container capacity with 1.2 million TEU, although traffic has struggled between 2008, when the port handled 670,556 TEU, and 2016, when throughput came to 18,163 TEU.

Ukrainian Minister of Infrastructure Vladimir Omelyan has confirmed Hutchison’s application to operate the port, adding that the company has been interested in expanding to Ukraine since 2007.

Chernomorsk primarily handles grain, coal, ore, and general cargoes, as Odessa handles the majority of Ukraine’s containerized trade, but government officials hope that the involvement of Hutchison will lead to higher container traffic at the port. Containers make up about 15 percent of the cargo mix at Chernomorsk, which has a 6 kilometer (3.7 mile) quay and 14 meter (46 feet) draft that enables it to handle three container ships of more than 5,000 TEU at the same time.

Ukraine’s Ministry of Infrastructure believes that Chernomorsk will have a good chance to compete with Russian ports on the Black Sea for cargo destined for parts of Europe and Russia, but the port’s competitive success will hinge on its ability to attract regular services.

Most global container carriers already have Black Sea networks that call at Novorossiysk, which began to receive regular direct calls from China in 2008.

Shipping from Shanghai through Chernomorsk would be more expensive than St. Petersburg, according to figures from Russian transport analyst Credo Trans. However, depending on the destination, particularly if it is to Baltic states, shippers would benefit from a shorter transit time.

The sailing time from China to St. Petersburg is about 35 to 40 days, and the transit time to Novorossiysk, on the other side of the Black Sea from Chernomorsk, is 23 to 27 days.

Although the government has been enthusiastic about the involvement of Hutchison Ports, a local labor union representing dockworkers is opposed to the company winning the concession. Hutchison Ports would employ no more 150 people, and there are currently 1,000 employees in the port, according to Sergei Bryzgalov, chairman of the trade union committee of the Chernomorsk port

Growth at Ukrainian ports has been anemic this year, with traffic in the first seven months of the year up just 1.5 percent to 336,107 TEU, according to the latest available government figures. Imports rose 3.4 percent to 170,984 per TEU as transshipment rose 17.6 percent to 18,484 TEU and exports declined 145,352 TEU.