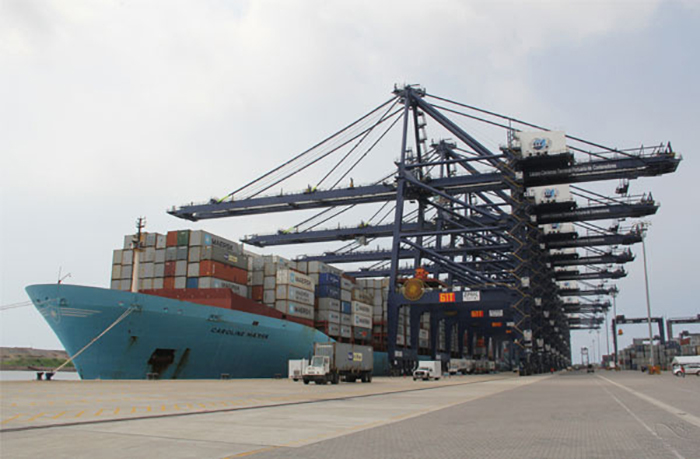 Four Mexican terminals operated by Hutchison Port Holdings, including in the key ports of Lazaro Cardenas, Manzanillo and Veracruz, will provide weighing services for containers, for a fee, that arrive without the weight information needed to meet the upcoming verified gross mass requirement — but only if the terminals are warned in advance, the company said.

Under SOLAS, container lines are obliged to reject containers without a VGM starting July 1. Hutchison’s Mexican terminals, however, are placing their own requirements on container exporters. Those wanting to have their container weighed at the four terminals in order to gain the VGM must notify operators 48 hours before the ship arrives at the terminal, the company said.

The amendment to the SOLAS convention, approved in 2014, is aimed at cracking down on misdeclared container weights, which have contributed to maritime accidents.

Container terminals globally are taking different approach to the SOLAS rule. Some terminals, such as those at the Los Angeles-Long Beach port complex, said they will turn away containers for which the VGM is not provided, and others, such as APM Terminals' New Jersey facility, will allow the container into the terminal, but it can’t be loaded onto a vessel until the information is provided.

“It can’t happen that the container arrives, it has no VGM, and we haven’t been advised that weighing services are needed,” said Del Castillo. “In that situation, we can’t be prepared to offer the services because there are logistical implications in the terminal (for offering weighing services) and we need to plan for all our activities.”

The service will be provided at the terminals for a fee, said Del Castillo. Although the company is still evaluating how much it will charge for the service, he said it would likely be closer to the $30 charged by other ports such as Felixstowe.

Only one of the terminals, Ensenada International Terminal, had existing weighing equipment, which is used for weighing grain and minerals, Del Castillo said. Hutchison is installing weighing machines at the other three, along with software to manage the flow of VGM information, at a cost of between $100,000 and $200,000 for each terminal, Del Castillo said.