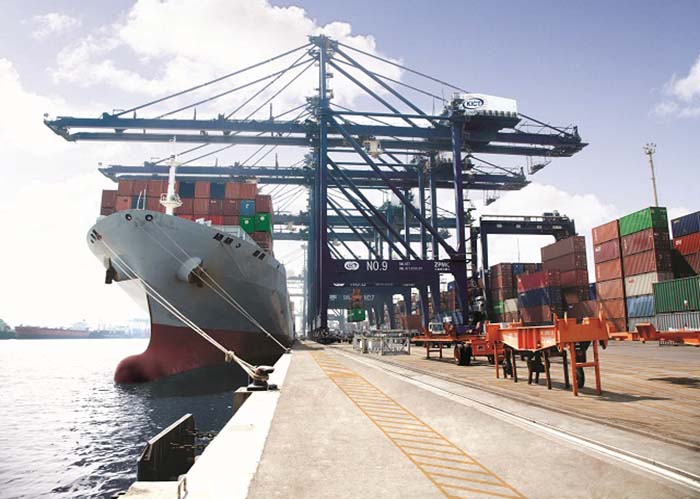 The Karachi International Container Terminal, pictured, has handled the majority of Pakistan's container traffic since its 1998 opening.

Hutchison Port Holdings expects to open a second container terminal in Pakistan by October, increasing the container handling capacity of the South Asian country by more than half and allowing it to compete with new deep-sea transshipment hubs under construction in India.

The new terminal at the Port of Karachi, which handles around 60 percent of Pakistan’s seaborne cargo volumes, will have an alongside depth of 16 meters (52.5 feet) and is expected to handle up to 2 million twenty-foot-equivalent units by 2021, the company told financial newswire Bloomberg.

The terminal was originally planned to open in 2011, but the project was hit by multiple delays, mainly relating to construction of hinterland access roads and dredging.

The terminal is expected to support the development of transshipment out of Pakistan and compete with new transshipment hubs planned for Enayam near Colachel in the southern Indian state of Tamil Nadu and Vizhinjam in Kerala, as well as Dubai’s Jebel Ali.

Total container throughput in Pakistan is around 2.5 million TEUs annually with more than 1 million of that volume handled by HPH’s existing terminal in the country, Karachi International Container Terminal, which started operating in 1998.

KICT in April welcomed the largest vessel to call at the Port of Karachi so far, the 340-meter long, 8,600-TEU Hyundai Brave.

HPH is hoping to gain from growth in the economy of Pakistan, which the government projects will expand by 7 percent next year as it exits an International Monetary Fund loan program and is subject to heavy investment from China as part of the country's Belt and Road initiative.

The China-Pakistan Economic Corridor is an important artery for Belt and Road, and the Chinese government has committed to investing $45 billion in CPEC projects to 2027, amounting to Pakistan’s largest ever package of foreign direct investment.

The three major ports at Karachi, Gwadar and Qasim are being developed as part of the CPEC. Road and rail links, including construction of a highway linking Karachi and Lahore and the upgrade of the Karakorum highway are also planned, together with heavy investment in energy projects.

Throughput at its Singapore-listed arm, HPH Trust, which operates deep-sea and river terminals in southern China, fell 7 percent year-over-year in the first half, with volumes falling heavily at its Yantian unit and three Hong Kong-based terminals.

Although the operator’s first-half results improved on its first quarter, HPH Trust said its management remained cautious on volumes for the rest of the year, given the slack global trade outlook and expected fallout from the UK’s exit from the European Union.