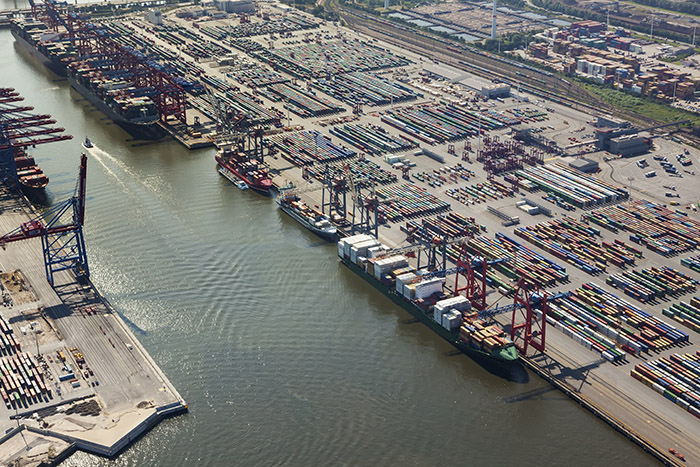 Hambuger Hafen und Logistik AG (HHLA) got off to a good start in 2017 and expects the run to continue through the year after Hamburg’s top container terminal operator posted higher first quarter earnings and revenue driven by rising ocean and intermodal traffic.

Container traffic grew 10.3 percent to 1.8 million TEU from 1.6 million TEU, continuing a rebound that began in mid-2016 due mainly due to a recovery in Asian volumes and a significant increase in feeder traffic with Baltic Sea ports.

Intermodal business traffic increased by 8.4 percent year-on-year to 370,000 TEU with rail and truck transport contributing to the growth.

The port division’s operating profit grew 12.4 percent to 41.7 million euros on a 7.3 percent increase in revenue to 297.4 million euros.

“In view of the positive forecasts and consistently strong upswing in Germany in particular, we remain confident about our future development,” said Angela Titzrath, chair of HHLA’s executive board.

“HHLA has solid foundations. This is due in part to the successful progress of negotiations held so far with shipping companies about their new schedules. We believe we have succeeded in securing steady demand for our container terminals from our customers.”

HHLA upgraded its 2017 financial forecast to reflect improving economic conditions in Germany and the positive negotiations with carriers that have improved prospects for container traffic through the remainder of the year.