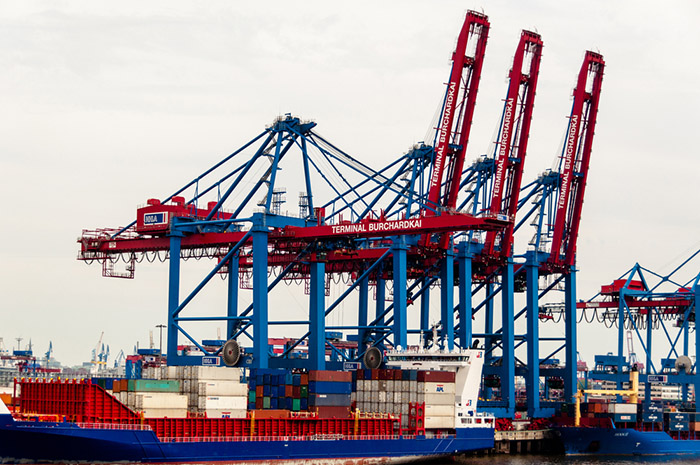 HHLA expects that traffic at its terminals, such as this one pictured in Hamburg, will increase for the full year.

Container traffic at the group’s two Hamburg terminals and a facility in Odessa, Ukraine, declined 2.1 percent through the first nine months of the year, to 4.93 million 20-foot-equivalent units from 5.03 million TEUs in the same period of 2015. However, traffic recovered in the third quarter, growing by 5.6 percent year-over-year.

The rebound was driven mainly by an increase in feeder traffic, particularly between Hamburg and Russia, coupled with 13.4 percent growth at the Odessa terminal.

The Frankfurt-listed company said it expects a “moderate” increase in full-year container traffic and reiterated its forecast of earnings before interest and tax of between 150 million and 160 million euros.

While HHLA does not expect strong growth this year, the company does expect to see its existing capacity taxed in the future, and has exercised an option for three more ship-to-shore gantry cranes capable of working 20,000-TEU mega-ships.

Long the No. 2 port in Europe, Hamburg lost the position last year as container traffic fell 9.3 percent year-over-year to 8.8 million TEUs due to poor demand on the Asia-Europe trade and sanctions imposed between Russia and the West in the wake of the civil war in Ukraine.